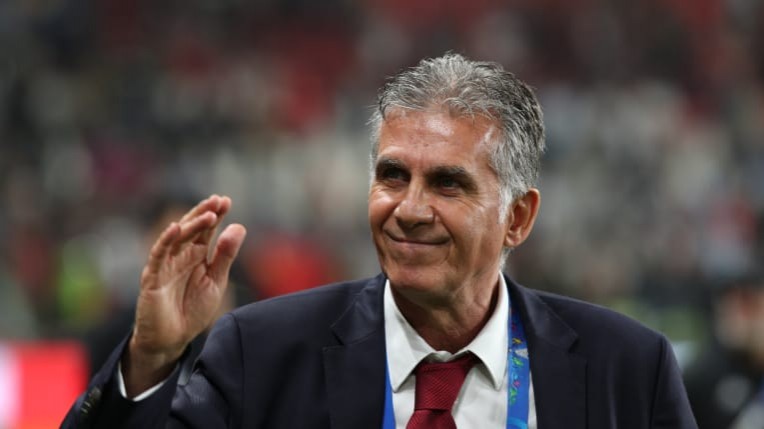 AFC - Islamic Republic of Iran head coach Carlos Queiroz has been quick to dismiss the notion that his side are favourites to win the AFC Asian Cup UAE 2019 after Thursday’s impressive 3-0 win over China PR saw Team Melli book their place in the semi-finals.

Iran shone brightly throughout the victory, with goals from Mehdi Taremi, Sardar Azmoun and substitute Karim Ansarifard ultimately making the difference as Queiroz’s charges reached the last four of Asia’s premier event for the first time since 2004.

Despite their impressive form – Iran have now racked up four wins and five successive clean sheets – Queiroz remains adamant that the three-time champions of Asia are still not one of the tournament’s leading contenders ahead of next Monday’s semi-final showdown with Japan in Al Ain.

“The win against China is a very important one for both me and my players,” declared the former Manchester United assistant coach.

“Our dream has always been to be in the middle of the top teams in the final four, something which we have now done and are very happy about.

“However, there are only three favourites to win this competition and they are Japan, Korea Republic and Australia. For us to be labelled favourites is not correct, it is an ill-fitting tag."

“In front of us we have just another game. Of course, the game has added significance in terms of enthusiasm and excitement, but when the whistle goes you simply have to play.

“This is especially true as now we know the big sharks will come for us – the favourites of Asian football – Japan and Korea Republic are coming for us, so we need to do more.”

With Japan waiting in the wings, Queiroz believes Iran must improve even further if they are to overcome one of the best sides in Asia.

“We must always progress with the same humble attitude and strive to be better every game,” he said.

“I always say to my team that after a match the Iranian shirt must always be in a higher place. What we did against China will not work [in the match against Japan], so we need to ensure that we improve game after game.”