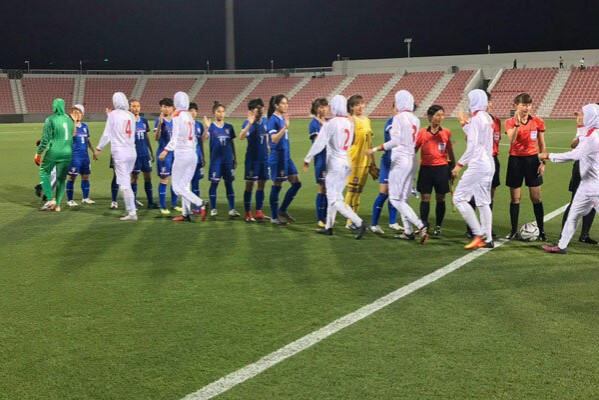 Tehran Times - Korea Republic maintained their perfect record in the AFC U19 Women's Championship Thailand 2019 qualification, moving to within touching distance of the Finals with a 2-0 win over Islamic Republic of Iran on Sunday.

A goal in each half secured victory for Hur Jung-jae's side, who had begun the final stage of qualifying with a 9-0 win over Lebanon on Friday.

Iran's defeat comes as a blow to their chances of reaching Thailand 2019, but it is by no means a fatal one, with their destiny to be decided on the final Matchday on Tuesday.

As the two-time Asian champions at this age level, the Koreans began strongly and took the lead through Jo Min-ah, who found the back of the net in the 28th minute to give the East Asian side a 1-0 half-time lead, the-afc.com reported.

Iran had performed well in the second half of their opening-night tie with group hosts Vietnam, and they did the same here, with only a late second goal from 18-year-old midfielder Hye Jong giving Korea Republic breathing space with five minutes remaining.

Korea Republic will face Vietnam in Tuesday's final Matchday, while Iran will be fighting for qualification against Lebanon on the same day.