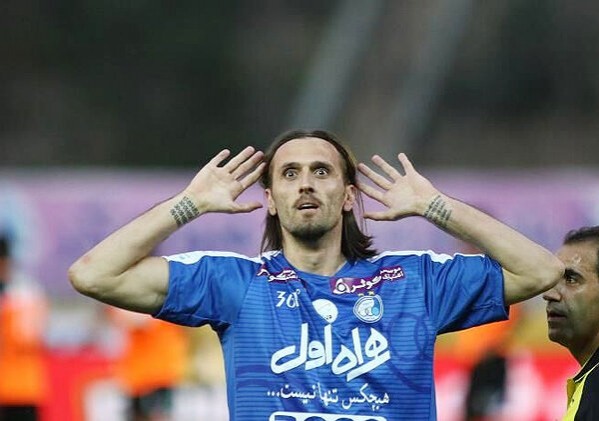 PLDC – Esteghlal football team from Iran has been banned from registering new signings for the next two transfer windows.

The problem of paying Pejić depends on bank sanctions that prevent Iran from making transfers, while Esteghlal has blocked money at the Asia Football Confederation (AFC).

The Islamic Republic of Iran Football Federation is requested to forward this decision to the Esteghlal Football Club immediately, Deborah Thuer, the deputy secretary to the FIFA Disciplinary Committee, said. 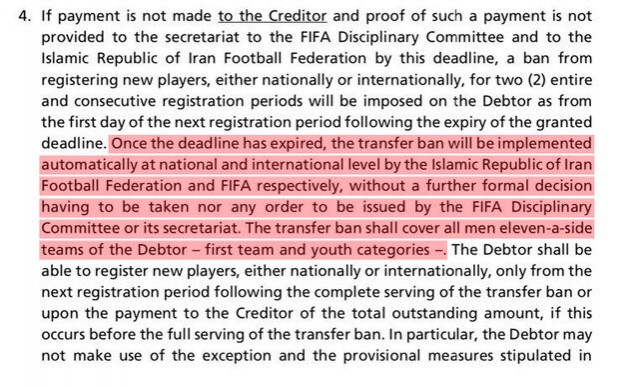 Esteghlal General Manager Amir Hossein Fathi, had already said the team is not under threat. 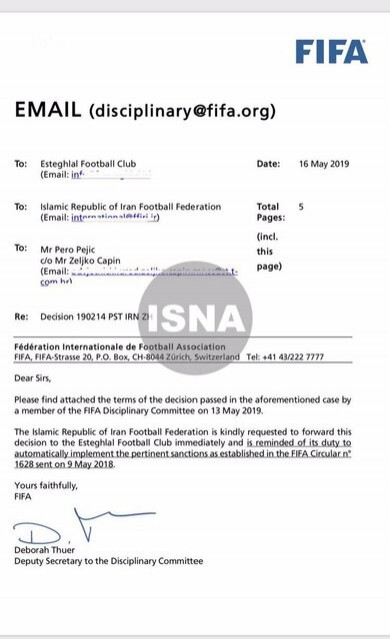 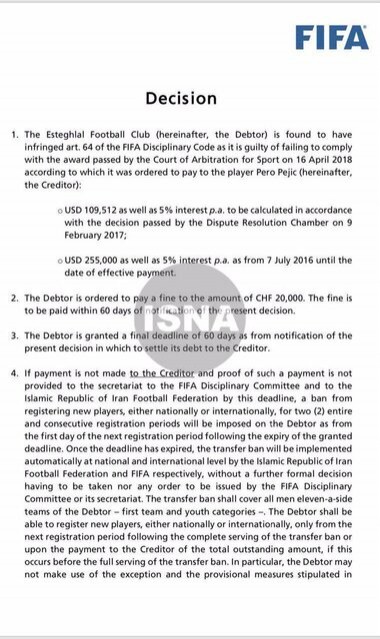 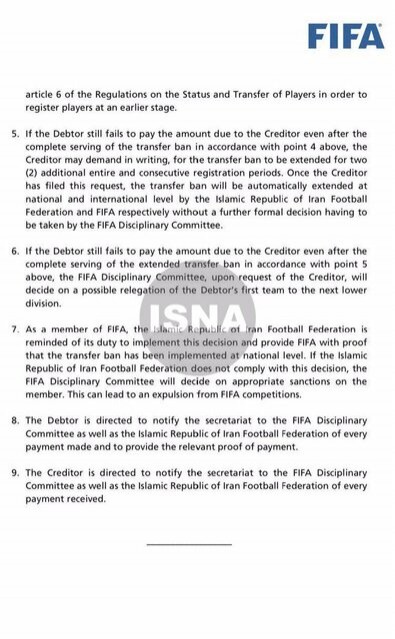