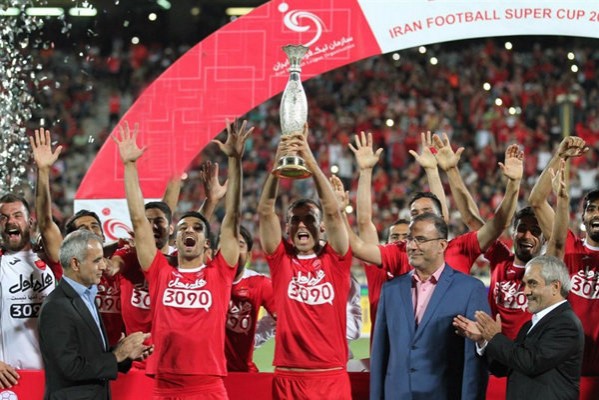 Tehran Times - Court of Arbitration for Sport (CAS) has confirmed that Persepolis football team are the winners of Iran’s Super Cup.

The Iranian Football League Organization had already awarded the title to Persepolis after Esteghlal withdrew from the game but the Blues had protested the decision.

The match was originally scheduled for July 20 but Esteghlal requested Iran Football League Organization to postpone the match.

The organization refused to reschedule the match since two teams had to play in quarter-final of AFC Champions League and Iran Professional League (IPL).

Esteghlal filed an appeal to Court of Arbitration for Sport (CAS) against the decision and the sport's supreme court announced that Persepolis are the winners.

The Iranian Super Cup is a trophy awarded to the winners of a match between the Iran Professional League's season champions and the winners of the Hazfi Cup.