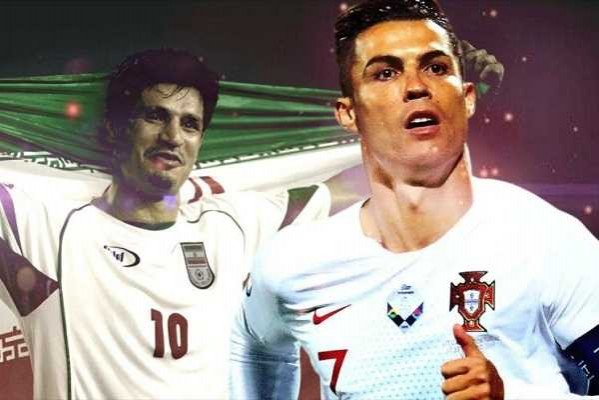 Ronaldo reached 700 career goals in official matches by scoring for Portugal in their 2-1 loss to Ukraine in a Euro 2020 qualifier on Monday.

At international level, Ronaldo's tally of 95 goals is second only to Ali Daei's 109 for Iran.

"I am very proud of this world record as long as it lasts, and I think it’s the same for all the Iranian people. They are happy with what I have achieved in my career. In fact, the record does not belong to me, but to all my people,” Daei said in an interview with La Gazzetta dello Sport.

"I won't be disappointed because records are meant to be broken. It will happen sooner or later: I am happy that such a great player will surpass me. I really like him and the way he moves in the field. Ronaldo is still in top form, I consider him in the top three ever. I can only wish him the best,” ex-Iran forward added.

“Ronaldo has made contribution to his country’s improvement in the recent years while Lionel Messi failed to do that with Argentina. This is why I think that he will break my record,” he stated. Home to loads of colorful online casino games and exciting free online slot machine games. Gambino Slots gives you all the thrills of real Vegas slots wherever you are, wherever you go, on your computer screen, your tablet, or your smart phone.

"The challenge of winning the UEFA Champions League is, perhaps, even more difficult than the goal record in the national team. There are other great teams with the same ambition, but Juventus with Cristiano is one of those with more chances to make it," Daei concluded.