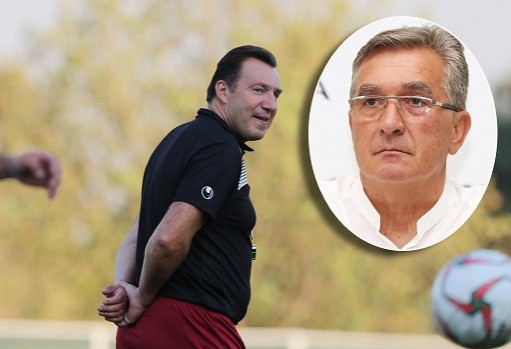 Tehran Times - Negotiations between Football Federation Islamic Republic of Iran (FFIRI) and Marc Wilmots over Team Melli’s future are deadlocked as the Iranian federation is going to terminate the Belgian coach’s contract, the official said.

Hedayat Mombeini, a member of Football Federation Islamic Republic of Iran (FFIRI), said that head of football federation Mehdi Taj has traveled to Istanbul to negotiate with Wilmots’s lawyers over termination of the contract.

It was understood that Wilmots has signed a three-year deal but reports emerged that the Iranian federation has inserted a break clause into terms.

The Belgian coach had to stay in Iran during the 2022 World Cup qualifiers but he traveled to his homeland immediately after a loss against Iraq in Amman, Jordan. However, it should be noted that Wilmots believes that Iran football federation has created serious contractual violations for him and he faces an intolerable situation in Iran.

“There is no way to continue with Wilmots,” Mombeini said. “He failed to meet expectations that’s why we want to part company with him.”

According to him, there are a few other options to replace Wilmots and the Iranian federation is in talks with them.