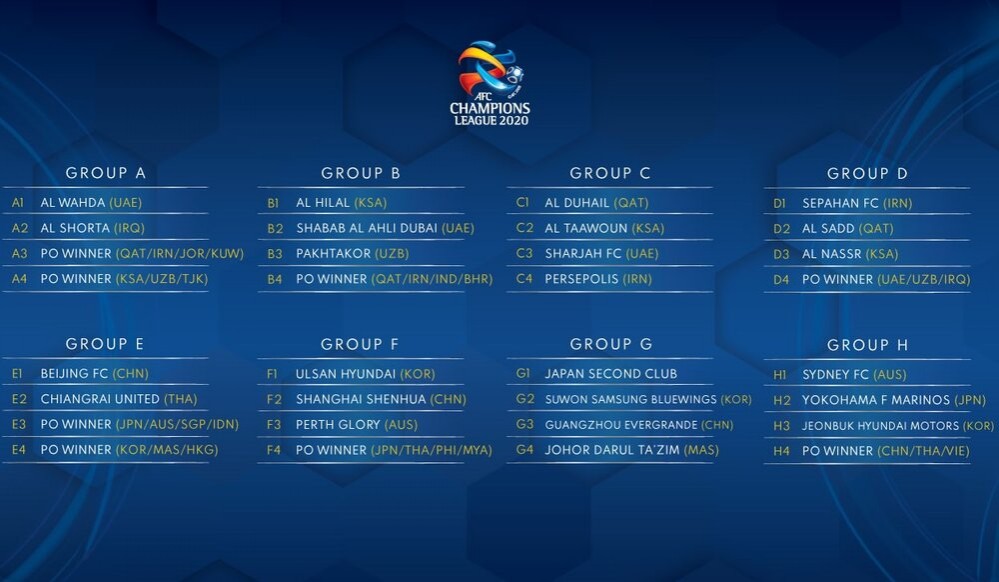 Tehran Times - Iranian football teams Persepolis and Sepahan have learned their rivals at the 2020 AFC Champions League following the conclusion of the draw at the AFC House in Kuala Lumpur, Malaysia on Tuesday.

Persepolis are drawn in Group C along with Qatari giants, Al Duhail SC, Al Taawoun FC from Saudi Arabia and Sharjah FC of the UAE.

Esteghlal will host the winner of Jordan’s Al-Faisaly and Al Kuwait of Kuwait in Tehran’s Azadi Stadium in play-off and will face Al-Rayyan of Qatar if come out as winners.
Saudi Arabia's Al Hilal, who defeated Urawa Red Diamonds of Japan to lift the 2019 title after runners-up finishes in 2014 and 2017, will have Shabab Al Ahli Dubai (UAE), Pakhtakor (UZB) and the winner of a play-off for company in Group B.

Shahr Khodro of Iran will first meet winners of Chenay and Bahrain’s Bahrain Al-Riffa and if emerge victorious will play Al-Sailiya of Qatar in play-off.

A total of 56 teams will be vying for the 2020 AFC Champions League, with the group stage divided into the East and West Zones.

The 2020 season kicks off with the preliminary stage on January 14 with the two-leg final scheduled for November 22 and 28.

Raising the stakes, the upcoming edition will present the champions, should they not qualify through their domestic league, with an added incentive of a guaranteed spot in the Preliminary/Play-off stage of the 2021 season.