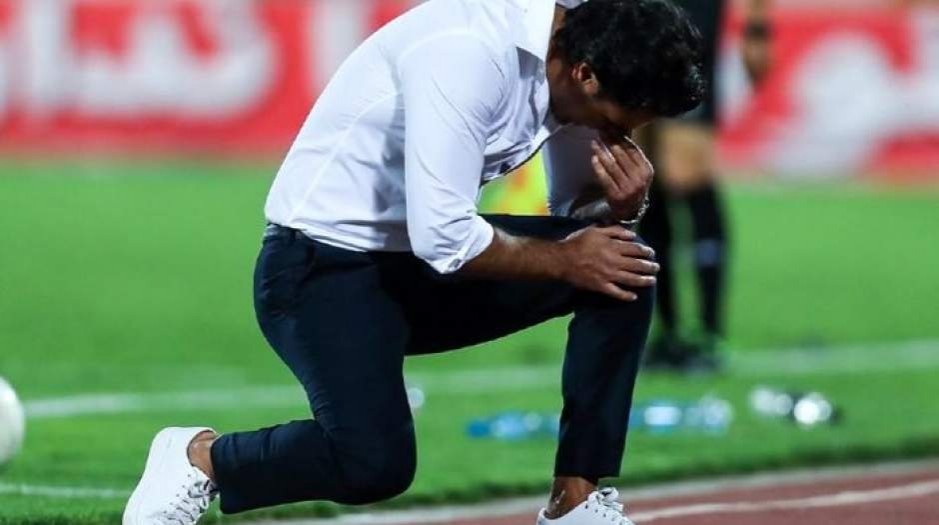 Strongly criticizing management of the club, he said that he should have resigned two or three days earlier.

Majidi believes what he referred to "talks in Italy" was an insult to the position of Esteghlal's head coach.

The talks refer to the recent visit of the club's officials to Italy to negotiate with the team's ex-coach Andrea Stramaccioni. They had announced that talks with Stramaccioni was aimed at arriving at an agreement to close the case of club's financial debt to the coach. However, some Italian media revealed that Stramaccioni has received an offer to return to Esteghlal.

Majidi notes in his post that the club's behavior has been unfair as under his tutelage, the team finished runner-up in the IPL, won AFC Champions League quota, and advanced to the Hazfi Cup semifinal by defeating the archrival Persepolis while one year of his contract still is remaining.

The club said in a statement that important issues such as resignation of a coach should be carried out through official letters, not the social media. The club added that it has not yet received any official resignation letter. 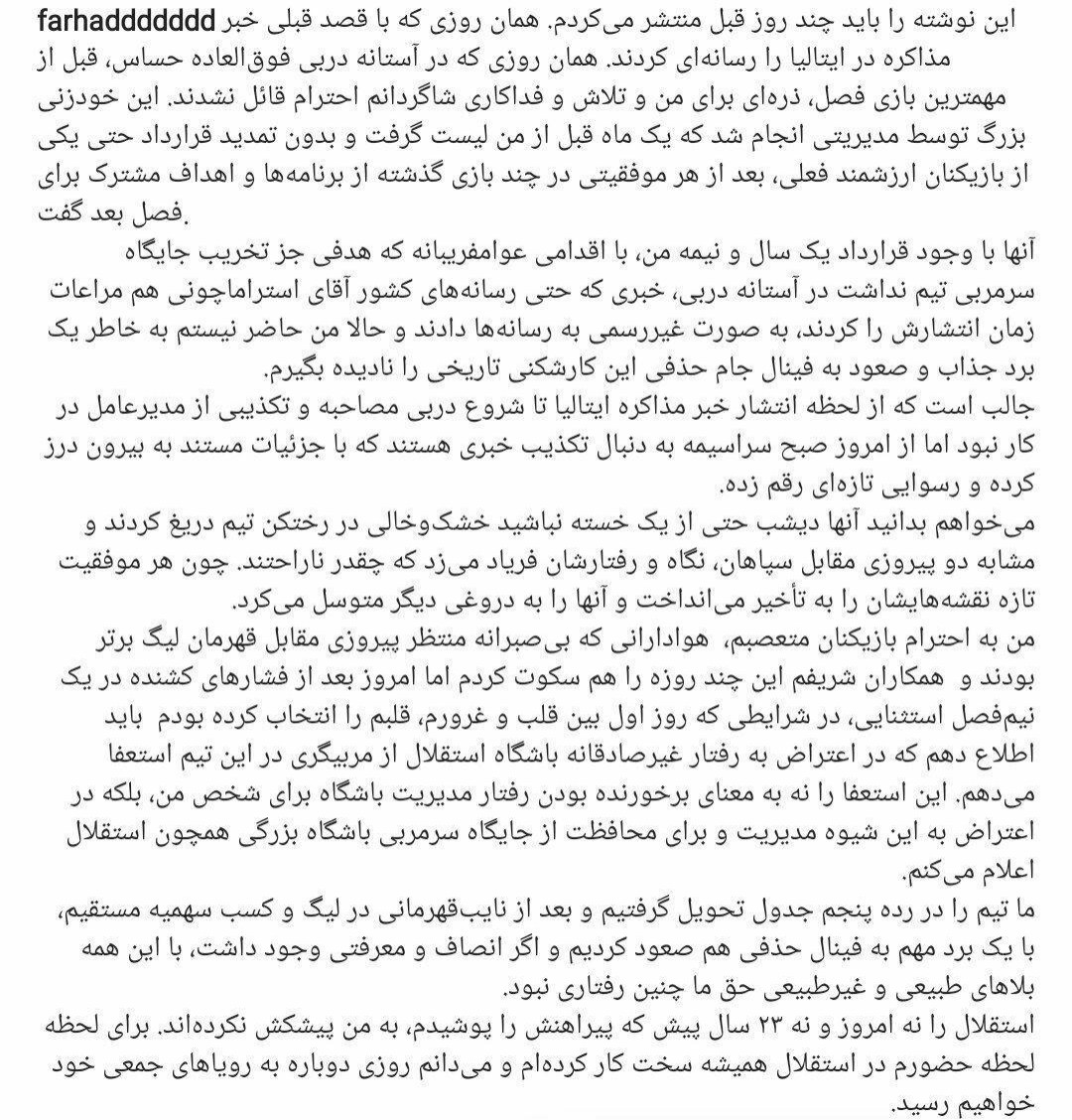