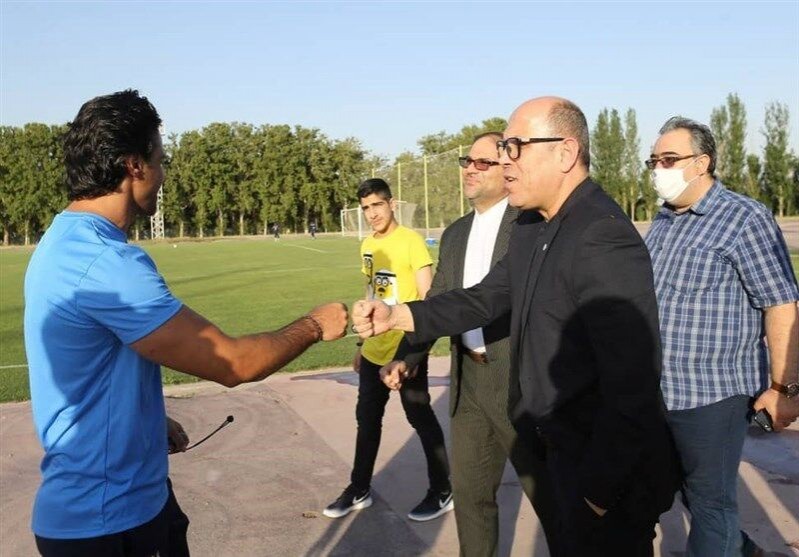 Tehran Times - Despite Farhad Majidi's departure as the head coach of Esteghlal, the club are following their programs in the transfer window.

After the defeat of his side in the Hazfi Cup final against Tractor, Mjidi resigned from his position as head coach of the Blues by posting a message on Instagram in which he fiercely criticized the management of the club.

Namjoo Motlagh, Majidi’s assistant, will lead Esteghlal in the Asian Football Confederation (AFC) Champions League in his first challenge, in which the Tehran based team will face the UAE’ Al Wahda in Doha, Qatar, on Sept. 17.

Although the Iranian giants’ fans will be disappointed by Majidi’s departure, they are hoping for the promise of the club’s General Manager, Ahmad Saadatmand, to bring Andrea Stramaccioni back to Esteghlal.

Under the stewardship of the Italian coach in the last season, Esteghlal got good results in the Iran Professional League (IPL) for a while, and he became very popular with the Esteghlal fans. However, Stramaccioni left the Iranian famous football team on Dec. 8 after the club failed to pay his salary.

The promise made by Saadatmand about Stramaccioni's return may come at a hefty price for him, in case the Italian coach would not return to Esteghlal.

Besides, Namjoo Motlagh as the interim coach, will be under tremendous pressure to deliver results quickly, given that some key players of Esteghlal intend to leave the team, as what happened about the defender Aref Gholam who terminated his contract with the club.

It's while the club’s directors have signed some new players without coordination with the next head coach or asking the technical staff's opinion.

Esteghlal, at the moment, want to do their best to satisfy the fans and it makes the job difficult for the club.

The struggles between the club’s directors and the head coach and technical staff have dealt a severe blow to Esteghlal in the recent years.

As the representative of Iran in the AFC Champions League, the club are expected to gain focus pretty quickly and manage a potentially damaging in the transition period. And, already, the clock is ticking.