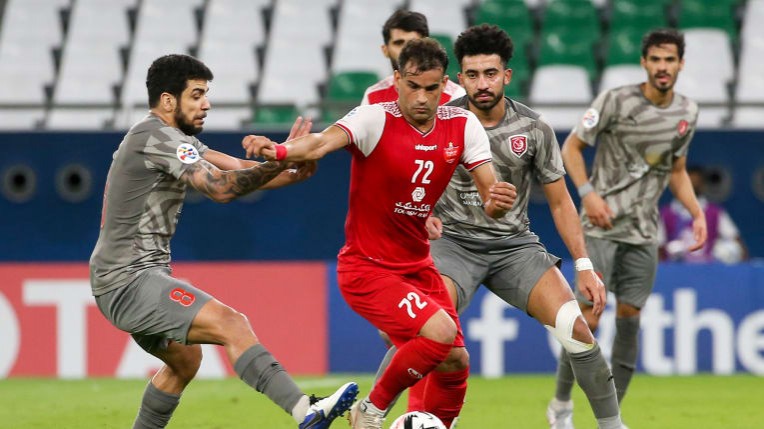 AFC - Almoez Ali’s third goal of the 2020 AFC Champions League was the difference as Al Duhail SC defeated Persepolis FC 1-0 in Group C of the competition on Monday.

Persepolis entered the Matchday Five fixture knowing a win would keep them top of the group going into the final matchday, while for Al Duhail - defeated by Sharjah in their previous match - the three points would take them past their opponents and boost their chances of progress to the Round of 16.

With just three minutes to the break, Persepolis were awarded a free-kick on the edge of the area after dangerous play from Ali on Shojae Khalilzadeh. Bashar Resan curled it over the wall but could not get it down in time to hit the target.

A quick exchange of passes at the other end saw Ramin Rezaeian break free in space down the right, but the former Persepolis player watched as his effort was parried by goalkeeper Hamed Lak.

Al Duhail stepped up their efforts after the restart and their pressure resulted in a penalty in the 58th minute after a heavy Khalilzadeh aerial challenge on Edmilson inside the box.

Al Duhail captain Ali stepped up and fired home his third goal of the 2020 AFC Champions League to put the Qatari side in front.

Persepolis players thought they had come back into the game just six minutes later after Resan tested goalkeeper Mohammed Al Bakri and the Al Duhail goalkeeper spilled his save into the path of Isa Al Kasir, but with the empty goal at his mercy, Persepolis’ number 77 fluffed his lines, sending his shot wide from six yards.

The Iranian continued to push forward for an equaliser but found themselves faced with a strong Al Duhail defence and were unable to break through until the final whistle.

The result means Al Duhail now leap above previous leaders Persepolis, reaching nine points for the campaign and enhancing their fortunes ahead of the final matchday.

Yahya Golmohammadi’s men remain in contention with their fate to be determined in their Matchday Six encounter against Sharjah.