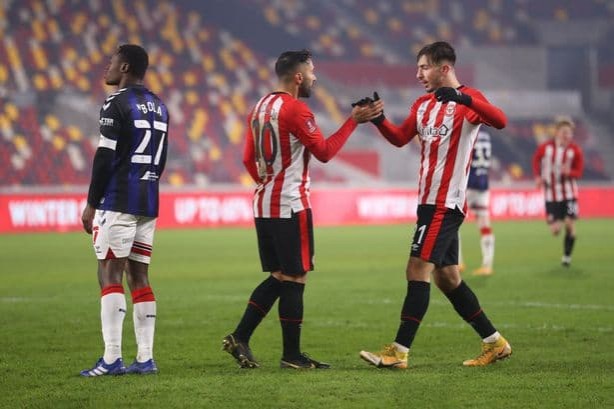 Westlondonsport - Saman Ghoddos’ second-half winner – his first Brentford goal – took them through to the fourth round of the FA Cup.

Brentford were forced to approach the tie against fellow Championship opponents without Thomas Frank on the sidelines, with the head coach self-isolating due to Covid 19 – B team coach Neil MacFarlane was in temporary charge.

The virus has affected both clubs, with largely makeshift teams on display.

Halil Dervisoglu put the Bees ahead on 34 minutes.

Ghoddos supplied a whipped corner from the right, and with four Middlesbrough defenders failing to clear the danger, Dervisoglu was alert to stroke the ball home from around eight yards.

There was an early second-half blow for Brentford when they conceded the equaliser.

With Boro moving forward at pace, substitute Sam Folarin eventually shot home from close in after Patrick Roberts’ effort was deflected into his path.

But Ghoddos restored the lead.

Fastening onto a through ball from Dervisoglu, he turned inside Marc Bola before firing a cool, right-footed, 12-yard finish, low past keeper Jordan Archer.