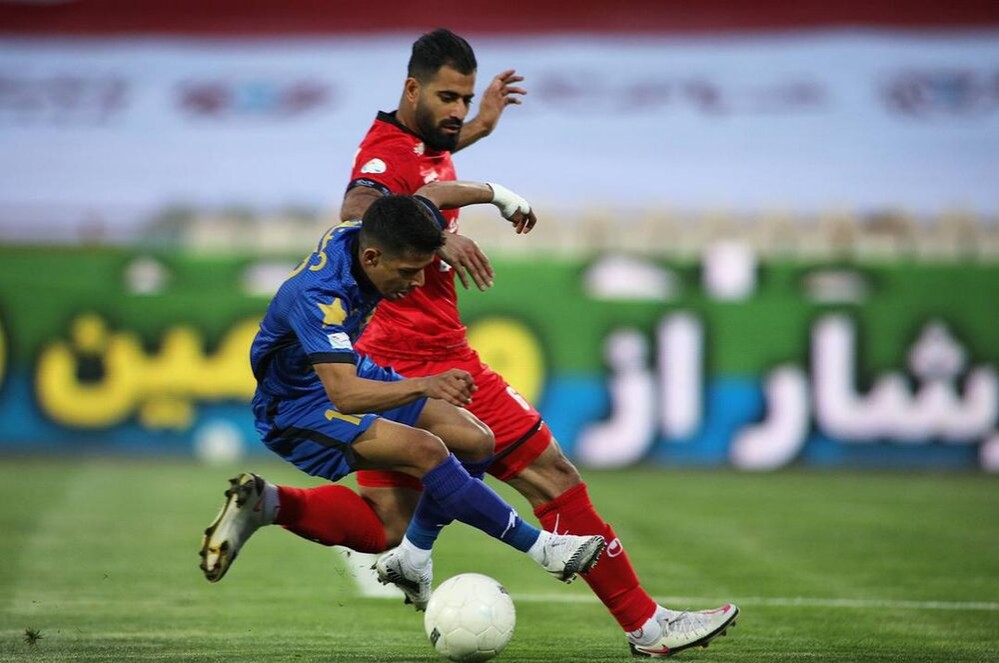 Tehran Times - Esteghlal’s hopes of winning the Iran Professional League (IPL) took another hit on Friday as they suffered a 1-0 defeat against Persepolis in Tehran derby.

It was the second blow to Farhad Majidi’s side after they slumped to a messy 2-0 loss against struggling Zob Ahan in the last week.

The Blue's efforts to improve their positions in the IPL table went from bad to waste, and they bowed out of the title race in less than seven days.

Of course, there are still nine remaining matches for Esteghlal in the league, and mathematically it’s still possible for them to win the league. Still, their 11-points difference with the two top teams, Sepahan and Persepolis, has diminished the hopes of the Tehran giants and their fans to win the tournament.

Farhad Majidi has admitted that his side must now focus on the Hazfi Cup if they want to end the current season with a title.

Esteghlal will face Zob Ahan in the round of 16 of Hazfi Cup on Wednesday in Tehran, and Majidi describes the match as a “crucial game” for his side. On their IPL title hopes, the head coach feels they must do what they can and need to rely on results going their way.

He took responsibility for the defeat against their archrivals and said: “My players did well on the game. We were much better than Persepolis in both half times and didn’t deserve to lose the game. In such big matches, whoever makes the best use of their opportunities will win the match. Persepolis used their only chance and took got the result.”

Esteghlal will need a small miracle in their remaining games to win the league as they have left themselves with a mountain to climb in title hunting.

IPL title race is set to enter critical weeks as Iranian football fans will witness a fierce competition for a title between Persepolis and Sepahan, who lead the league with the same points and are running a two-horse race.

It seems that it will be a seismic summer ahead at the Esteghlal club as Majidi has complained several times that the team's current players are not his selection. He insisted that he needs time to rebuild a team to win the title.

In recent years Esteghlal have failed to fulfill their fans’ expectations.