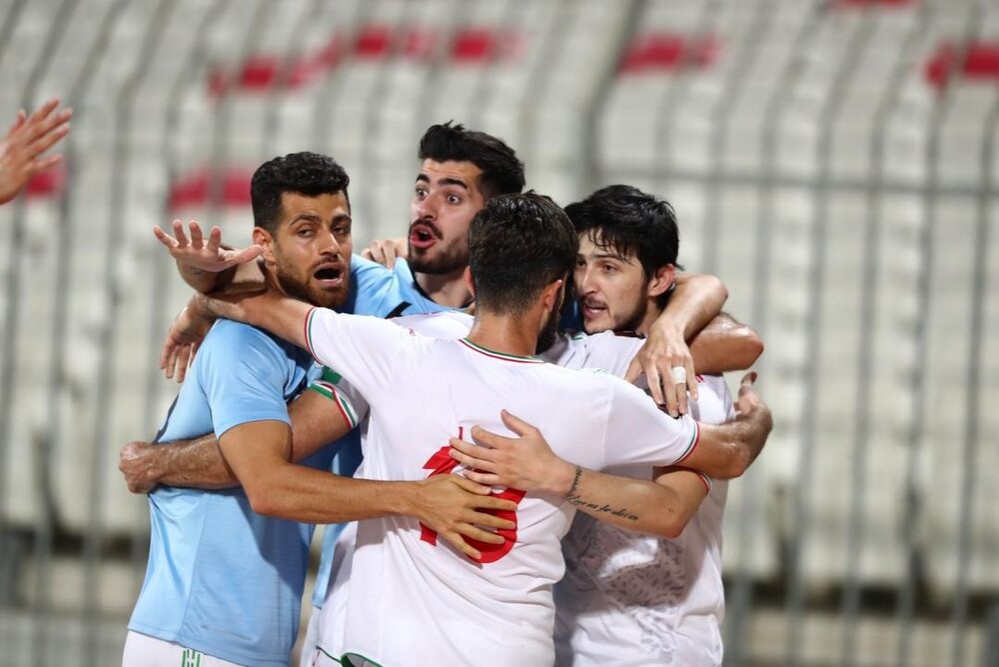 AFC - Sardar Azmoun starred with two goals as Islamic Republic of Iran scored a vital 3-0 victory over Bahrain in Group C of the Asian Qualifiers for the FIFA World Cup Qatar 2022 and AFC Asian Cup China 2023 on Monday.

The three points saw Iran leapfrog Bahrain into second place on 12 points, two behind Iraq with both sides having two matches remaining. The defeat was a blow for Bahrain, who are third on 12 points with just one game remaining in the race to advance to the third round of the Asian Qualifiers for the FIFA World Cup Qatar 2022.

The opening minutes saw a tight contest with Bahrain, bolstered by the 8-0 win over Cambodia four days ago, forcing Iran goalkeeper Alireza Beiranvand into an early save following Mahdi Humaidan’s cross.

Iran adopted a more patient style of play when in possession but couldn’t find a way past Bahrain’s defence in the early part of the first half.

Iran had an opportunity to break the deadlock at the half-hour mark when Bahrain’s Ahmad Nabeel was cautioned for his rough tackle on Mehdi Taremi outside the box, but the FC Porto striker's effort from the resulting free-kick struck the wall.

Iran began to gradually assert themselves as they tested goalkeeper Sayed Mohammed Abbas with their long-range attempts, while Bahrain found Beiranvand a stumbling block.

Team Melli were a different side after the break and their persistence was finally rewarded in the 54th minute when Azmoun slotted past Mohammed Abbas to break the deadlock, courtesy of Taremi’s perfectly timed through pass.

Bahrain surged forward in search of the equaliser but were punished through a counter attack in the 61st minute as Taremi displayed impeccable control to collect the ball, with his pass finding a racing Azmoun who slotted home.

Bahrain continued pressing but it was Iran who would score again, with Taremi getting his deserved goal when he converted Ahmad Nourollahi’s pass with a strike into the bottom left corner of the net in the 79th minute.

Iran play Cambodia on Friday while Bahrain will end their campaign against Hong Kong on June 15.