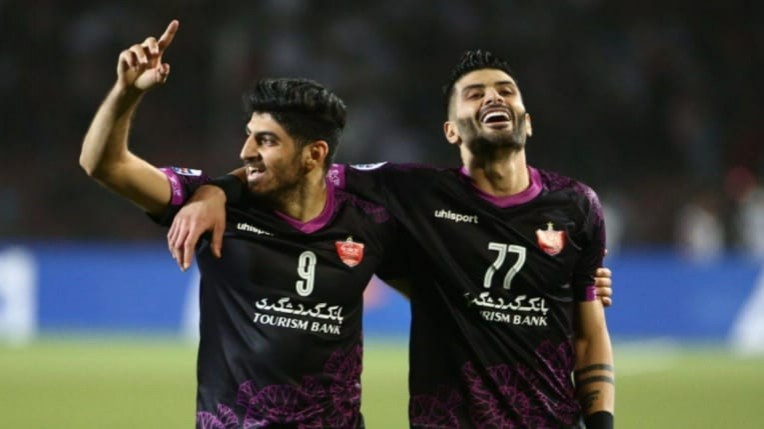 AFC - A 90th-minute winner from Mahdi Torabi gave Persepolis FC a 1-0 victory over tournament debutants FC Istiklol in their 2021 AFC Champions League Round of 16 clash at Republican Central Stadium on Tuesday.

With the match seemingly destined to go to extra-time, Torabi floated a speculative effort into teenage goalkeeper Mukhriddin Hasanov’s top corner, sending the 2020 runners-up to the last eight for the fourth time in five seasons.

A boisterous, near-capacity crowd was on hand for a match labelled by Istiklol coach Mubin Ergashev as the biggest in Tajikistan’s football history, and the already sky-high sense of anticipation grew further when Islom Zairov forced Persepolis goalkeeper Hamed Lak into a comfortable but important save with a 20-yard effort on the quarter-hour.

Istiklol were without injured goalkeeper Rustam Yatimov but Persepolis failed to regularly test his 18-year-old replacement Khasanov, with more than 70 percent of first half possession from Yahya Golmohammadi’s side failing to produce a single shot on target before the interval.

The hosts nearly capitalised on that lack of cutting edge in the 29th minute, only for Lak to produce a terrific reflex save to deny Vahdat Hanonov’s header following a Zairov corner, although the defender perhaps should have done better from close range having evaded the attention of the Persepolis rearguard.

Istiklol continued in a similar vein after the restart with Alisher Dzhalilov stinging Lak’s plans with an 18-yard effort, and their desperation caused Akhtam Nazarov to be involved in a heavy collision with teammate Oleksiy Larin, with the former requiring extensive medical treatment before he was later substituted.

The hour mark came and went with Persepolis still in search of their first shot on target, but the Istiklol counterattacks began to dry up as the Iranian side increasingly became the ball’s sole occupiers.

Khasanov was finally forced into a save when he kept out the ball that had come off the head of his teammate Larin in the 65th minute, before a highly promising Persepolis opportunity went begging when Mehdi Abdi, Mahdi Torabi and Vahid Amiri all saw shots blocked by the Istiklol defenders in quick succession.

The pendulum continued to swing the visitors’ way when Khasanov kept a headed effort from Abdi out, and they came even closer to breaking the deadlock when Lartin cleared a goal bound Torabi effort off the goal line in the 88th minute.

But the winger’s magic moment arrived just two minutes later, when his cross-cum-shot from the flank curled beyond the reach of Khansanov and into the top corner of the net, putting Persepolis ahead in the final minute of normal time, and ultimately ending Istiklol’s AFC Champions League adventure.