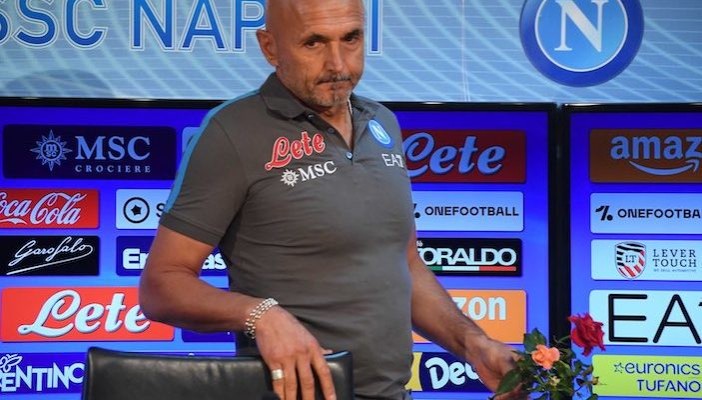 The two women have become symbols of the ongoing protests in Iran, kicked off by the murder of the former after being arrested by ‘morality police’ for failing to comply with the country’s strict hijab rules. Najafi was shot dead, allegedly by the authorities, after taking to the streets of Karaj to join the ongoing protests.

Spalletti wanted to pay tribute to the murdered pair, bringing roses to his pre-match press conference ahead of Napoli’s clash against Torino.

When asked why he brought the flowers, he did not mince his words, saying: “They are to remember Mahsa Amini and Hadith Najafi, that’s all I’m adding.”

The protests show no signs of slowing down in Iran and many are hoping to see real change in the country, unhappy with the treatment of women and the actions of the ‘morality police’.

The official death toll currently sits at over 76, but the number is likely far higher considering the actions of the Iranian state.

Najafi’s mother discussed her daughters death to Adn Kronos, being understandably distraught as she explained the aftermath.

“Since Hadis died, I’m not well at all, I’m being kept on my feet by pills and injections. They hit her in the abdomen, neck and heart. We went to the hospital, but they told us she was not there.

“They offended us and wouldn’t allow us to go in and see the body. Then a security guard took pity on us and told us: ‘Your daughter is at the morgue, they’re holding you here and then arresting you’. So we ran away.”