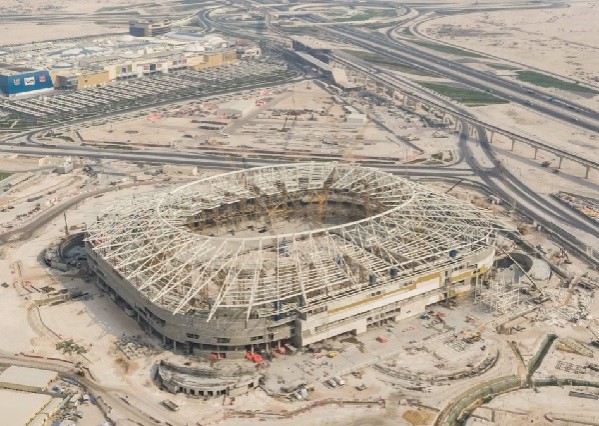 Stadiums spread across five cities will participate in the World Cup competition in Qatar on November 21, 2022. The logistics will be special because multiple matches occurring in various cities will be easily attended by fans. Due to the short 75 km maximum distance between the stadiums, visitors will not have to travel far. The expected travel time between arenas is 1 hour.

The perfect way to go to every arena is to rent an automobile. There are many various car rental services, where you can hire a vehicle depending on your budget, the number of travelers, and the car model. If you desire to visit not only football matches but also see the country, you’d better rent car and explore Qatar.

Eight matches are going to be held there including a match for third place. This multipurpose field is situated in Doha. It is included in the Doha Sports City structure. It serves as the national football field of Qatar's team. Athletics competitions are also held at this place. Here are also held different sports competitions (including the 2019 Club World Cup). This stadium can accommodate 45416 people.

40 000 people are allowed. Seven matches will be played here (six during the group stage). This stadium was arranged by Pattern Architects (they also created the new Everton Stadium and the expansion of the Manchester City Stadium). The Ahmed Bin Ali arena's capacity will be cut in half after the Tournament, but demand will still be high because it hosts Al Rayan, who is a crowd favorite.

40,000 people can attend this stadium, created by Ibrahim Jaida, an architect from Qatar. The customary gahfi headgear of Qatar served as his inspiration. The exterior is unmistakably reminiscent of this clothing item's historic attire. The first major event that was held there was the Qatar Cup final. Eight matches will be played there, including one each from the 1/8 and 1/4 finals and six group stage games. Doha is a region where you can also see many places of interest, and if travel there by your car - you may need some tips to make your car ready for the trip.

80,000 spectators are allowed here. Lusail is a whole ultra-modern city that is famous for its sports event. It was built particularly to hold the World Cup. This city is located not far away from Doha (only 20 km away), and the golden stadium created by the architectural agency of Norman Foster became its center. Ten games will be played on this football field. The most visited match is going to be the final game. The interesting fact about this field: the Qatari government realizes that Lusail stadium is too big and will not be needed after the tournament, that is why most of the stands will be demolished and donated to global sporting projects. The stadium's capacity will be reduced to 20,000 spectators.

40 000 visitors are allowed in this stadium, located in Al Wakra. The city on the coast of the Persian Gulf is historically considered a fishing town. Al Wakra has now developed into the second largest city in Qatar. The exterior of the construction is reminiscent of the city’s history, the ceiling is made in the form of sails of traditional boats. There will be played seven games in the competition (six in the group stage, 1 game in the 1/8 finals).

World Cup is a great opportunity to travel and enjoy sport event. If you travel by car you may use special navigation apps in order not to get lost.