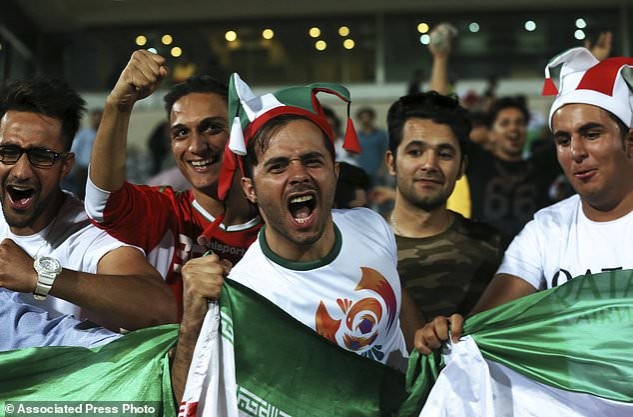 Financial Tribune - With Iran’s football team drawn with 2010 winners Spain and current European champions Portugal in Group B for the 2018 World Cup in Russia, former Team Melli players Mehrdad Minavand and Reza Shahrudi told Sputnik that the Iranians would be much better off taking on Panama and Poland instead.

“Which team would be ideal for Iran is hard to say. I wish we played Panama and Poland, which are no slouches either, and also the Russian hosts. Facing Spain and Portugal would be a tough call.” he told Sputnik Iran.

He hopes that with players like Sardar Azmun, Saeed Ezzatollahi and Milad Mohammadi, the Iranian squad will manage to make it into the final eight.

Reza Shahrudi agreed with his colleague. “Azmun, Ezzatollahi and Mohammadi who now play in Russian clubs, could prove to be a big boost to our team. They know the Russian stadiums, the local fans and the Russian climate too,” he said.

Commenting on Iran’s chances of getting out of the group stage of the 2018 World Cup, the head of the Iranian Football Federation’s press service Ali Javadi said Iranians would have preferred to play in Group A and face off with Russia. “However, we are in the Group B and will have to deal with the best European and African teams,” he said.

“Our opening game is with Morocco which I think is the best African team you can find these days. The opening game is always the hardest. Portugal is one of the best around and Spain won the 2010 World Cup and has a star-studded lineup. These three outfits will be a big challenge for us, but we will keep our fingers crossed so that next summer in Russia we are lucky,” Javadi added.