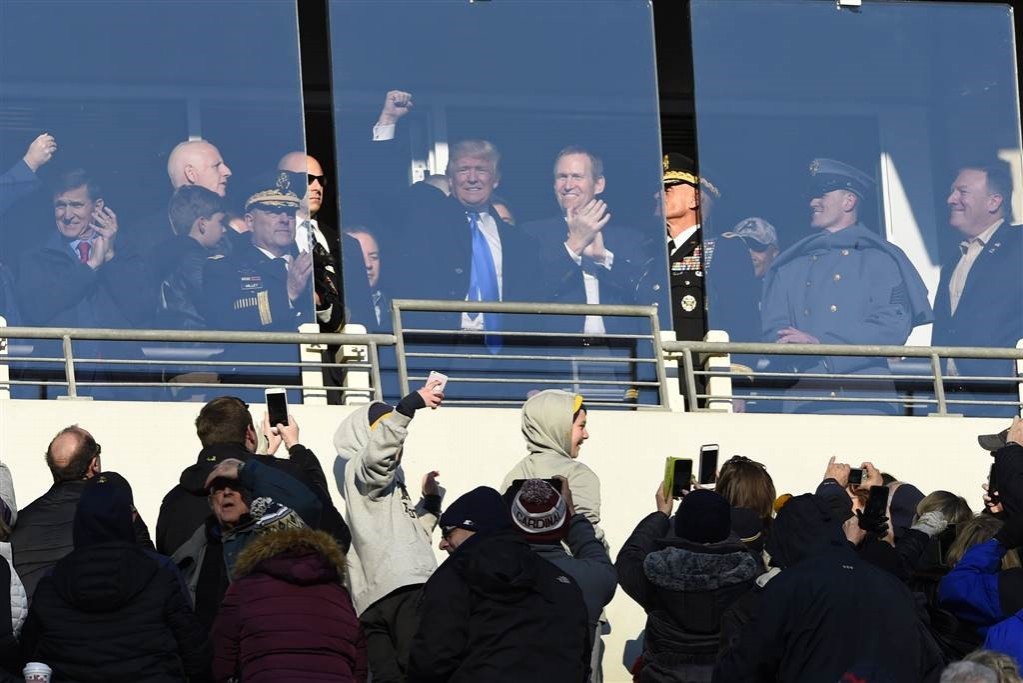 FourFourTwo - US President Donald Trump has wasted little time implementing some of his more controversial election promises, including a travel ban aimed at certain Muslim countries. How could it impact Asian football? Scott McIntyre explores the issues.

Amongst all the swirling confusion and anger over the opening days of the new American presidency, there lies the damage Donald Trump’s impromptu travel bans are likely to have on both the United States' hopes of hosting the 2026 FIFA World Cup and indeed football across the planet, notably in Asia.

More than that it recalls Southeast Asia’s own vexed history – with bans and boycotts based on race and religion that stretch back more than half a century – as some of those same nations now risk getting caught up in any broader US bans.

The immediate impact of the first wave of bans imposed earlier this week by Trump is still not fully clear, seemingly even to those who are crafting and implementing them, but what’s apparent is that anyone from or who has recently travelled to the seven nations named (Iraq, Iran, Syria, Yemen, Libya, Somalia, Sudan) is going to either be summarily banned or have a hell of a time entering the United States.

That means one of the Asian Football Confederation’s Vice-Presidents, Iranian Ali Kafashian, three members of their Competitions Committee and further members of the finance, marketing, medical and technical committees, plus one of CAF’s (Africa’s governing body) executive members, would all be banned from entering the country.

Prior to this wave of bans and its accompanying rhetoric, it had been widely assumed the US was close to an unbackable favourite to host the 2026 World Cup; if the vote was taking place today they would lose in a landslide.

The more immediate problem for Asia is that its fifth-placed nation is scheduled to play the fourth-placed country from America’s CONCACAF region for the final slot at the 2018 World Cup in Russia.

With the US losing both of their opening matches, there’s a very real chance that the AFC representative will need to travel to America to play that fixture.

There’s also a very real chance one of Iraq, Iran or Syria could be the qualifiers from Asia.

Indeed, what if Thailand manage to scrape through and then possibly get excluded from entering American soil as their team has travelled to nations on the banned list in the last year or so?

What if, more broadly, these bans are expanded to include further ‘Islamic’ nations and sweep up Malaysia and Indonesia in the process?

Just as relevant are the supporters from those other nations in the remaining two World Cup qualification groups who had been planning to travel Tehran to watch their team in action – notably the Australian and Japanese fans planning to visit for the matches with Iraq (at the neutral venue) or the Chinese who were thinking of a trip for their clash with Iran next month.

Those supporters now know that there is a very real chance if they do visit then they won’t be making a trip to the US any time soon – for a holiday, for business purposes or for any other reason.

What too is the future of the team from Guam – comprised of US citizens yet playing in Asia and regularly travelling to or playing against those four AFC nations on the banned list?

Indeed, what of those players and coaches who hold dual citizenship and either play or work between the US and one of the countries on the banned list?

They include the American-born Iraqi international Justin Meram, the assistant to on-off Iranian coach Carlos Queiroz, Dan Gaspar, the Iranian defender Steven Beitashour and several others at youth level.

Though, just as those questions are posed and debated in the light of justifiable outrage across much of the Muslim world and beyond, so too is it important to remember that several Asian nations have a less than pure history on this count.

Most of that historical dissension came against Israel, including even Jewish players on European teams visiting the region.

Indonesia, bidding to reach just their second World Cup, were drawn with Israel in qualification for the 1958 event, but after FIFA refused their request to play on neutral territory they promptly withdrew from the tournament; as incidentally did Sudan (another on the Trump no-go list), following Indonesia’s lead.

North Korea, fresh off stunning the world four years earlier, refused to travel to Israel in qualification for the 1970 tournament and they too withdrew, as did multiple nations at various AFC tournaments throughout the country’s tumultuous membership of the Asian region which ended when they were expelled in 1974.

Even the AFC itself managed to completely erase Israel’s place in history when they released a commemorative video looking back at the history of the Asian Cup two years ago where they relived each tournament bar the 1964 edition – the one hosted and won by Israel.

Australia too has had its issues recently, with the 2015 announcement of the ‘National Club Identity Policy’, a declaration that clubs must not ‘use, advertise or promote any ethnic, racial or religious or political identifiers’ being widely decried as discriminatory.

Likewise Malaysia has had its moments in the glow of football discrimination that started long before last year’s shemozzle over the hosting of the FIFA Congress.

Things reached an international audience when Liverpool cancelled a match on their 1992 tour of the country after they received word that their Israeli forward, Ronny Rosenthal, would be refused entry to the country.

That changed with Chelsea’s visit in 2011 but so vitriolic was the abuse hurled at their Israeli midfielder, Yossi Benayoun, the Football Association of Malaysia was forced to later apologise for the anti-Semitic chants.

So while the world rightly sits back and condemns the blanket bans imposed by the US against those of a Muslim background and ponders the impact it may have on football, it’s also worth considering Asia’s own lengthy history of racial and religious discrimination in the very sport that dominates the continent.