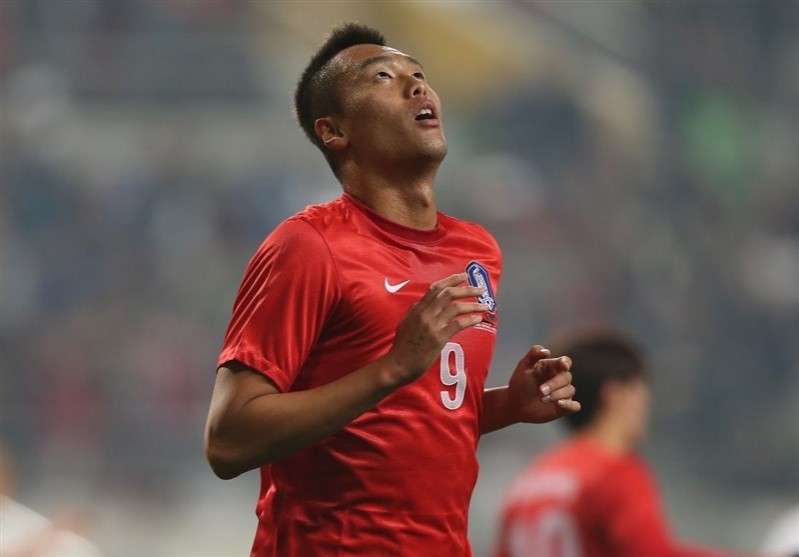 Tasnim - South Korean striker Kim Shin-wook said that Iran football team has its weakness and they can penetrate their defense.

Kim is one of the 26 players called up by head coach Shin Tae-yong for South Korea's last two matches in the final Asian qualifying round for the 2018 FIFA World Cup.

South Korea will host Iran next Thursday and take on Uzbekistan five days later in Tashkent.

"Iran also has its weaknesses and I think our good wingers can penetrate its defense," Kim said. "I think our offensive ability can unlock Iran."

"The new coach is implementing a new football style," Kim said to reporters at the National Football Center in Paju, north of Seoul, where he has been training since Monday. "He emphasizes designated set-pieces and organized movements on the pitch more."

Kim, who has 10 goals in 26 matches in the K League Classic this season, is the tallest player on the roster at 196 centimeters.