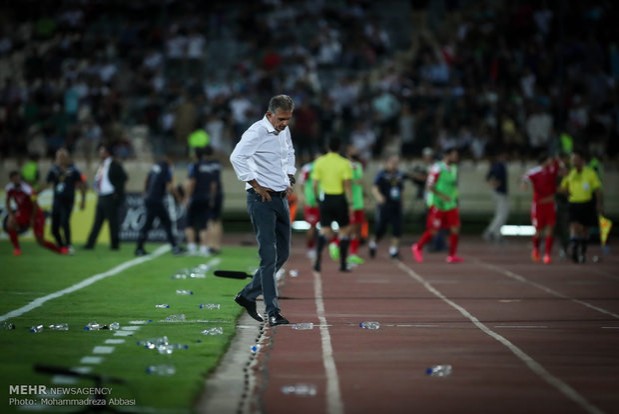 Tasnim - The Iranian national football team's coach Carlos Queiroz said that his players made so many mistakes in the match against Syria in the 2018 World Cup qualifier.

Iran was held to a 2-2 draw by Syria in Tehran’s Azadi Stadium. Syria will now play Group B’s third-placed team Australia in play-offs, with the winner going into an intercontinental clash against the fourth-placed side from the CONCACAF federation.

“We didn’t play good against Syria and our players made so many mistakes. There is still so much more work we have to do before the 2018 World Cup,” Queiroz said in the post-match news conference.

“We conceded a goal but we could have scored three goals. Our players hurried up and it was one of the reasons we didn’t play good,” the Portuguese added.

“Syria is a good team and I congratulate them since they have reached play-offs. We wanted to finish the campaign with a home win but failed to do that. I want to thank all the fans for their support during the qualification campaign,” Queiroz concluded.