Financialtribune - Iran U-17 soccer team, comprising 21 members, arrived in Goa, India, on Tuesday to play in the FIFA U-17 World Cup beginning on October 6.

According to Sportskeeda.com, Iran is placed along with Germany, Guinea and Costa Rica in Group C and will play their first match against Guinea on October 7.

After failing to qualify in its first eight tournaments, Iran competed at the first FIFA U-17 World Cup at Trinidad and Tobago 2001, where it suffered three defeats and finished at the bottom of the group.

Eight years later, the Asian side participated in Nigeria 2009 and advanced from their pool, but lost in round 16 to Uruguay 1-2 after extra time.

At UAE 2013, Iran again reached the knockout stage, but again lost 1-4 to Nigeria, the eventual winners of the competition.

Iran topped Group A at the 2016 AFC U-16 Championship, due to a better goal difference than second-placed UAE. They then made certain of their place at the U-17 World Cup by comfortably disposing Vietnam (5-0) in the quarter-finals, before beating North Korea in the semi-finals via a penalty shoot-out, following a 1-1 draw.

In the final against Iraq, which failed to produce a goal after 120 minutes, the Iranians were involved in another shoot out but this time they ended up on the wrong end of the scoreline (3-4).

Abbas Chamanyan coached number of clubs prior to being handed the reins of the Iranian U-20 national team in 2002. The following year he took charge of the U-17 team for the first time, guiding them to a fourth-place finish at the 2004 AFC U-17 Championship.

Although Iran couldn’t qualify for the 2005 U-17 World Cup, the 53-year-old tactician returned to the helm in 2016 and subsequently oversaw their qualification for India 2017 via the AFC U-16 Championship. 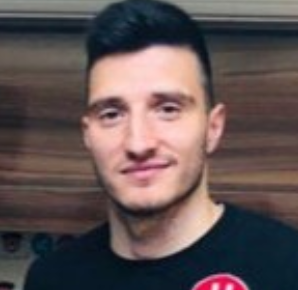