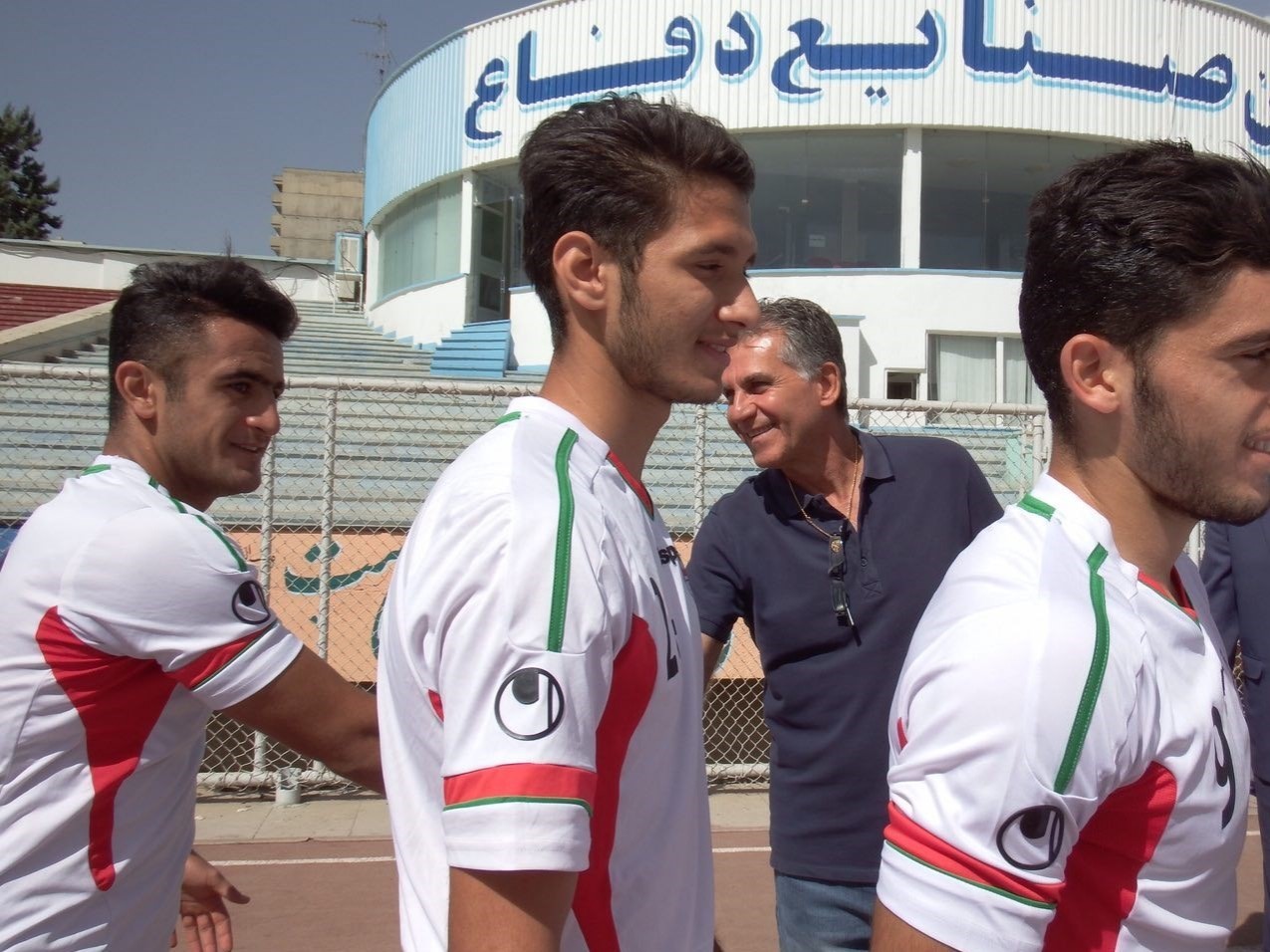 Sportstarlive - Both the Iran U-17 coach Abbas Chamanyan and Queiroz believe, there is only one star and that is the team of Iran and it is shining – both at the senior and age-group levels – brighter than ever before.

From the day Iran touched down in Goa, there has been only one name on everyone's lips – Mohammad Sharifi. Mentored by the legendary Ali Daei, the midfielder is known for his vision and range of passing and has been an influential presence for his nation. Iran too seemed mindful of his star power when it put up the 17-year-old in its opening press conference.

However, for the most part, the Iranians have been anything but individualistic. They do vouch for a star but that star happens to be “the team of Iran.” It has reflected in their two on-field performances thus far including the 4-0 thrashing of Germany. Forward Younes Delfi has two goals and an assist, fellow striker Allahyar Sayyad two goals and Sharifi and Vahid Namdari a goal and an assist each.

“We are a team with players who have big hearts,” said Delfi after the win against Germany. “No one player can individually take a team to this level. We are all united in our goals.”

It is perhaps a trait which has percolated right from the top. The Iranian national team is helmed by the former Real Madrid manager Carlos Queiroz who is otherwise best-known for his work as Alex Ferguson's assistant at Manchester United.

The astute Portuguese has led a largely star-less Iran to back-to-back World Cup qualifications and in the process made it the leading football nation in Asia by a mile. Iran is currently ranked 24th in the FIFA World rankings. 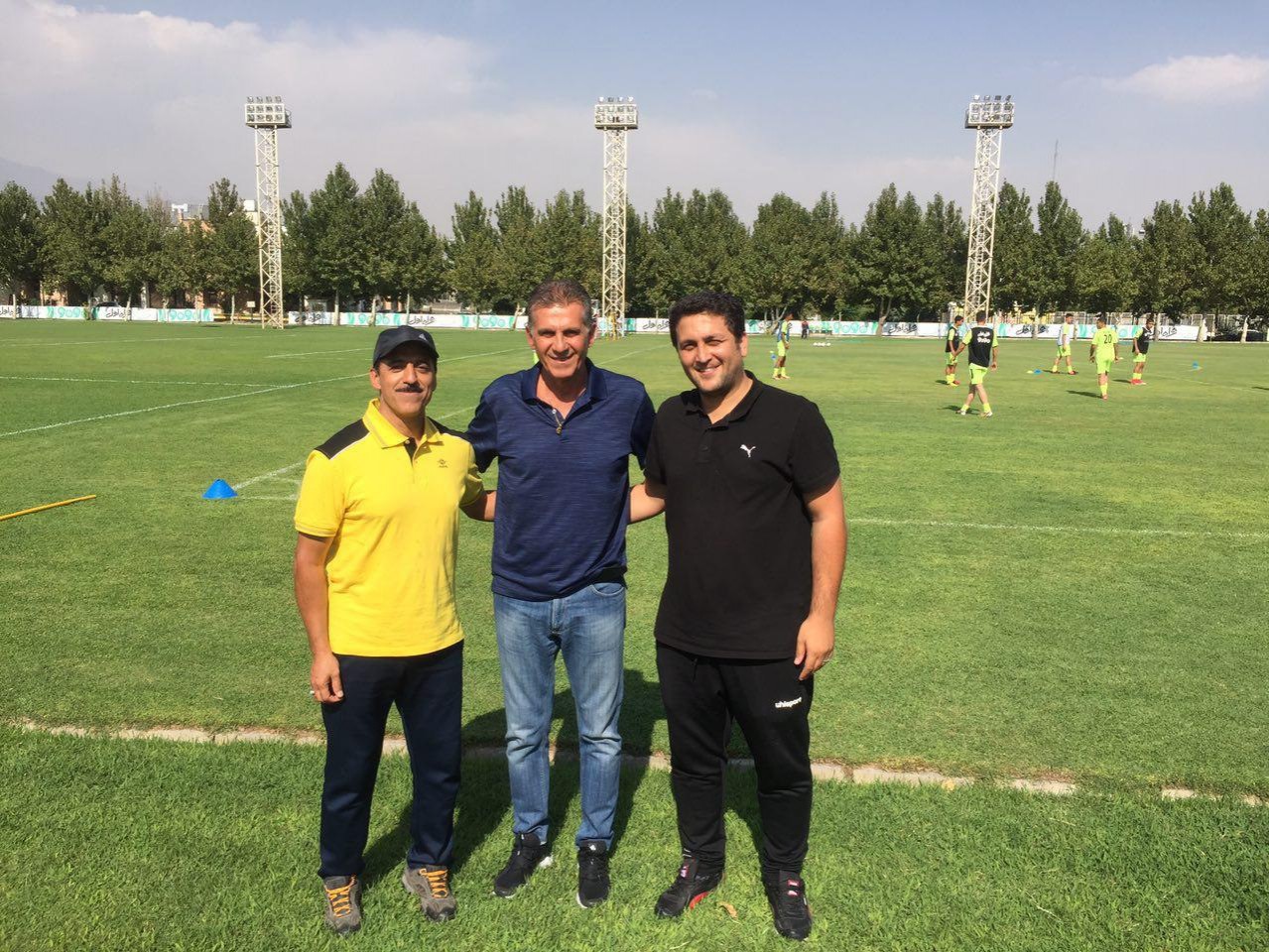 Iran made its World Cup debut in 1978 but football suffered in the years of the revolution. It took another 20 years for the country to make a return to the world stage. Curiously, Iran participated in its first U-17 event only in 2001. The defeat of USA in group stages in France, 1998 remains its only win in the Cup to date. It went on lose to Germany 2-0 and failed to qualify for the knock out stages. But of the next five World Cups, it has made three including 2014 and 2018, largely owing to Queiroz's efforts.

“When he has the time, Mr. Queiroz comes to our camps to check our players,” explained Hossein Moradi, the team manager who has been with age-group outfits for over ten years. “But he doesn't come looking for one player. Never. Instead, he comes to check the program of the coach, the training regimen, the coaching lessons etc.”

“In Iran, we have developed an impressive scouting team,” said Amir Sedighi, the U-17 team media manager. “We arrange scouts to go all over the country and Mohammed Sharifi was unearthed like this. We have many Sharifs playing in Iran and we try to find them. Earlier we didn't have this setup. This is the new strategy of our country. So the national team of Iran at any age has a competitive pool of players. I think in all our national teams, we have at least 100 persons fighting for a place in the squad.”

The programme perhaps had its best result in these very parts last year when Iran finished runner-up in the AFC U-16 Championship. It only lost the final to Iraq on penalties. The team that's playing in Goa right now is largely the same as the one which competed last year with the likes of Delfi and Sayyad having played together for more than two years.

“After the AFC Championship, we faced the likes of France and Mexico and drew those games. We need to continue this improvement," said Amir.

Still, it can't be denied that these teenagers belong to a generation which grows up trying to mimic star club footballers. Sharifi has modelled himself on Toni Kroos and wants to play for Real Madrid in the future. Against Germany, Delfi almost succeeded in executing a near-replica of the trademark Cristiano Ronaldo looping free-kick and even declared that he would one day be “better than Cris!”

But for now, as both the U-17 coach Abbas Chamanyan and Queiroz believe, there is only one star and that is the team of Iran and it is shining – both at the senior and age-group levels – brighter than ever before.