Firstpost - Everyone expected Iran to do well at the U-17 World Cup. One of Asia's footballing giants, Iran had a team that was well-organised and was also familiar with the conditions. The same team had finished runners up at the U-16 AFC Championships last year. Surely, they would qualify for the knockout rounds. But there weren't many who expected them qualify this way: standing tall amidst the debris of other teams in Group C.

Iran have surprised everyone. Within the space of two games, they are now being talked in the same breath as Brazil, Spain and England. Could they go all the way? Iran are not just a well-drilled and organised team, they also technically gifted. They play exhilarating football. They press forward as if they are obsessed with the singular target of scoring a goal. The defend doggedly as if conceding one would be unholy.

Four days after they decimated group favourites Germany, Iran eased past Costa Rica on Friday night: another convincing win. They had already secured qualification after the 4-0 victory over Germany, but Iran did not look like they were shifting a gear down for Costa Rica. They started the game at the same velocity they displayed against Germany. They did, however, rest their two star midfielders, Mohammad Ghaderi and Mohamad Sharifi.

Most of the early play took place in Costa Rica's half as Iranians swarmed near their goal, eager to take an early lead. The first real chance, however, came in the 20th minute. Sobhan Khagani dribbled the ball around a Costa Rican defender on left flank and passed the ball to Ahmed Jalali. The fullback curled in an exquisite early cross deep into the 18-yard-box. 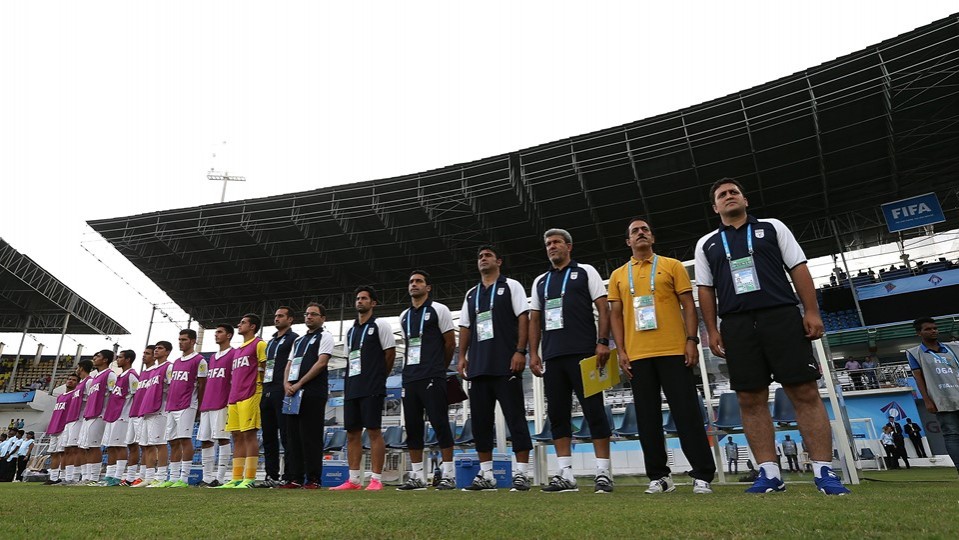 Allahyar Sayyad, unmarked, rose high to meet the ball, but his jump wasn't timed quite as well as he would have liked and he missed the header completely. Sayyad has missed numerous chances in the competition till now but his positioning has been impeccable and he always remains a potent threat near the goal.

Iran didn't have to rue the wasted chance for long though as they got the goal they wanted handed on a plate a couple of minutes later. Ali Satavi controlled a long ball deep down the right and quickly released Younes Delfi in the box. A backtracking Amferny Arias tried to pressure Satavi into losing the ball. Satavi fell down upon the slightest of contacts and the referee pointed to the spot. Mohammad Ghobeishavi sent the Costa Rican goalkeeper the wrong way to put Iran in the lead.

Four minutes later, Iran were awarded another penalty when Delfi was brought down again, this time by centre-half Karin Arce. Delfi pounced on a fluffed clearance on the edge of the box and he dribbled in from the right. Arce barged into him just as he was about to skip past him; a clear penalty this time. Iranian centre-half Taha Shariati, who has been a rock at the back for his team throughout the tournament opted to take the spot kick and his shot sailed inches above the diving goalkeeper into the net.

Costa Rica must have been feeling that they had gone two goals down rather cheaply, but Iran had dictated the proceedings of the game till now. They deserved to be in the lead. The only time Costa Rica posed an actual threat to the Iranians in the first half was right at its death when Andres Gomes dribbled into the box from the left, cleverly rounded two Iranian defenders, but shot wide across the goal. Aside from the that one attempt, Iran were as tight as the lid of jam jar at the back. 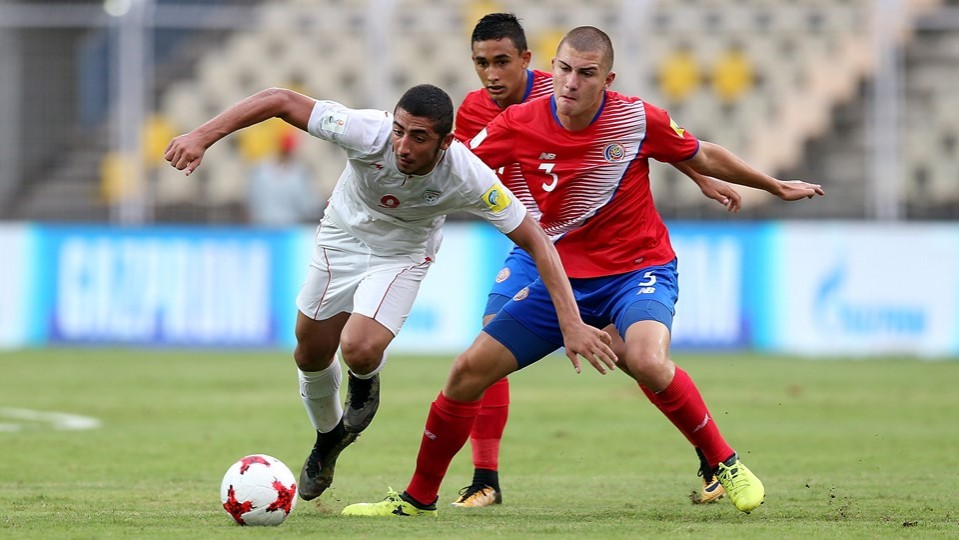 Much praise has been heaped on Iran's creative midfielders and forwards. They have been mercurial up front, but that has only been possible because of their steely defence. The team trusts their back four to be present when called upon and hence venture forward without any worries. The fact that their back four makes competent attacking teams seem like tame is a testament to the no-fuss job they have been doing.

Germany were completely shut down. Costa Rica, who had shown offensive zeal in their first two games, did not have a proper look at goal last night. Iran are now being talked up as one of tournament's dark horses that can go far into the race. And if they do, they'll be doing it on account of their defending. That, despite the fact that they have now scored 10 goals in three games.

Iran's third on the night came minutes before the final whistle. Amirhossein Hosseinzadeh's ball put substitute Mohammad Sardari through on goal. Sardari even rounded the keeper before sending the ball into the net, embodying Iran's mentality in the process too: striving for better. After a dull display and fortuitous win against Guinea in their opener, Iran have played better with every minute on the field.

Their confidence only grows with each pass and each tackle. Every missed chance in going front of goal calls for going at it again and making sure they don't miss again. In football, a team that learns is a team that wins. Iran are that team right now. They have topped Group C without breaking a sweat and will face the third-placed team from Group F in the Round of 16. Mexico are the most likely contender at the moment.

However, Iran don't seem to be worried about who they could face in the knockout rounds. If the Germany win was a statement, the match against Costa Rica and topping the group was their signature on the statement. Iran are doing their own thing and they are doing it quite well.