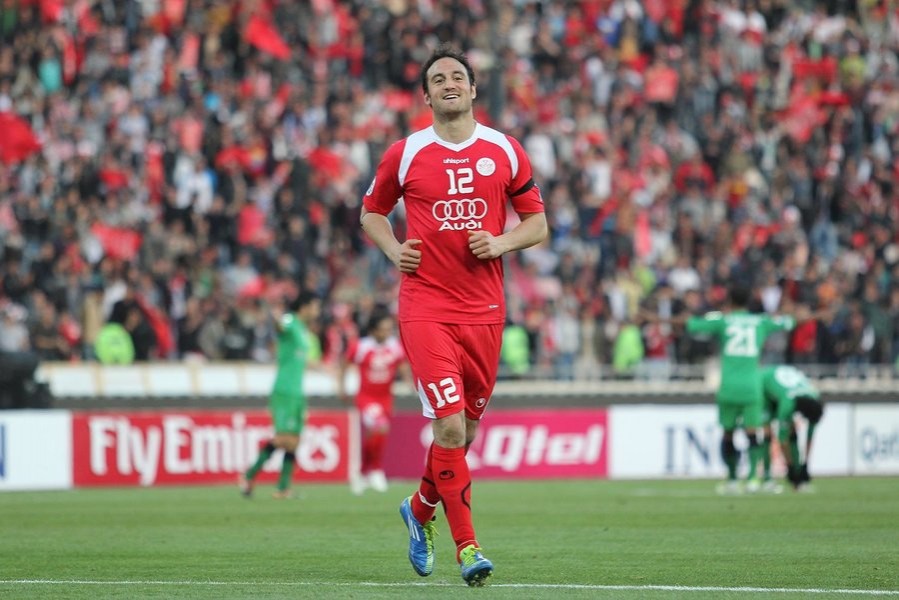 Buzz.ie - Eamon Zayed joined us on Episode 15 of The Buzz Sports Show to discuss his remarkable globetrotting career.

He made his name with the likes of Derry City and Bray Wanderers and went on to play in the likes of Malaysia and Iran.

The former Irish Under-21 international also plays for Libya via the Granny Rule!

One of the most interesting spells of Zayed's career was his time with Persepolis FC, based in Tehran, the Iranian capital.

His start in Iran was very difficult, he spoke no Persian while there was a further language barrier with his Turkish coach, who tried to get rid of him after a month before the club president intervened. 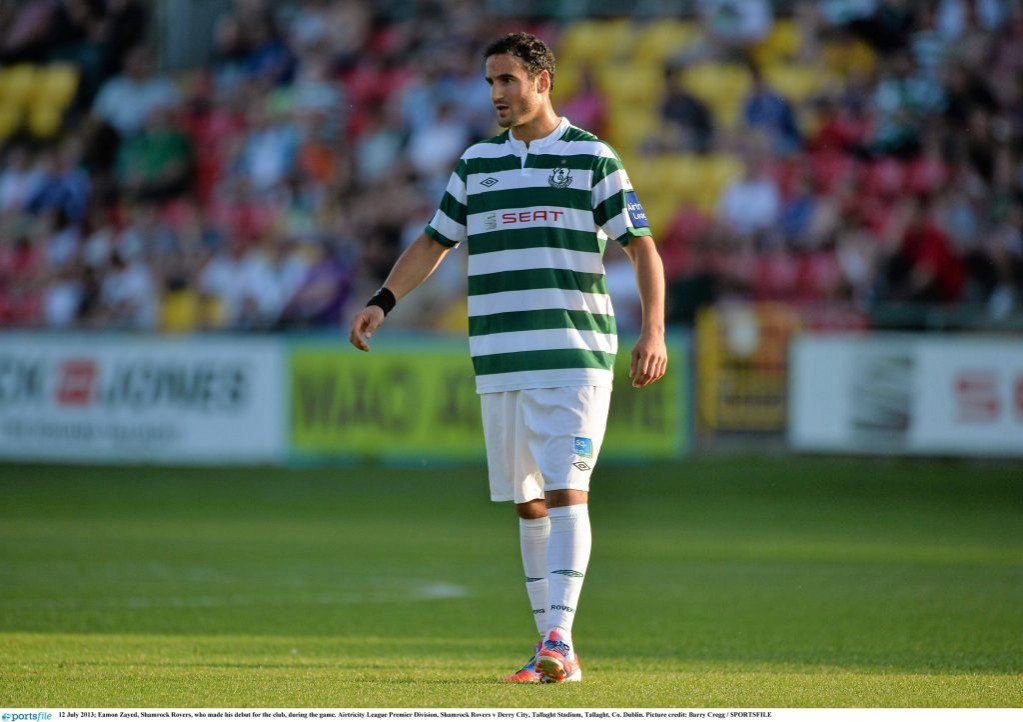 "They're not very keen on foreign players, for the first month it was 'me, myself and I', nobody wanted to say hello or anything.

"The first month was really difficult, I questioned everyday what I was doing there.

"I thought 'how can I get out of here?' I felt like the coach and team didn't want me there."

The Tehran derby clash with Esteghlal would change everything for Zayed though.

"I've never experienced temperatures like it. I was named in the 18-man squad but I didn't feel any pressure because I though 'you know what? I haven't even kicked a ball for these guys, the likelihood of him using a player he hasn't used before in such a big game is slim.'

"We were playing at home in the Iran national stadium (the Azadi Stadium), it's not far from the hotel but there were so many people on the streets.

"The streets were filled with red and blue (the teams' colours) so it took a very long time to get to the stadium even though it's only five minutes up the road. I remember just taking it all in thinking 'this is unbelievable'.

"I was just on the bench soaking up the atmosphere. In the first half we were 1-0 down, off we go into the dressing room at half-time, again I don't know what was said.

"Usually the coach tells three subs to warm up at half-time, I wasn't one of them.

"The other four went in, I remember thinking 'I'm not going to get on here'. There was tea and coffee there so I made myself a cup of tea and sat there looking at the coach speak but not knowing what he was saying.

"I remember the electricity went out in the whole stadium for about 15 minutes, it was pitch black in the dressing room, the coach continued to speak and it was about five minutes before the team was due to go back out I heard my name being called by the translator.

"'Eamon, Eamon, Eamon!' He came up and said 'the coach wants you to warm up'. I put the tea down and went out onto the pitch, I wish I could have taken a picture, it was still pitch dark and most of the 86,000 people there had there phones out.

"I remember jogging on the pitch warming up, looking at the crowd and thinking 'this is just great'.

"Five minutes later the electricity comes back, the game starts again and within ten minutes we go another goal down.

"With around 30 minutes to go the coach called me over, I remember being a bit nervous but then thinking, 'hang one, you're 2-0 down, you've nothing to lose here'.

"I went on and we had a player sent off in the 70th minute. Our coach was going to take me off, I'd only been on ten minutes, he was going to bring another midfielder on to play a 4-4-1 and I was going to be a scapegoat."

Zayed's time in Iran was again on the brink of disaster but the following ten minutes changed everything.

"Literally as he was finishing his talk with the player, I scored. There was a roar, but a reserved one.

"Two or three minutes later the ball gets played across and I scored with a header to make it 2-2.

"Now you can hear the roar, I ran over to the crowd and everybody went crazy.

"In the 90th minute we had a throw in at their corner flag, our coach is trying to tell the players to keep the ball in the corner to see it out.

"The guy who gets the ball, instead he takes on a player and whips in a cross.

"Normally you'd get murdered for it there was only me in the box, I took a touch and turned and scored.

"Then it's just pandemonium, everyone from the bench is running over to me and jumping on me.

"It was a bit of a blur, three goals ten minutes, you don't get time to think, but it was crazy. Absolutely crazy."

Zayed wasn't immediately aware of the magnitude of what he'd just done, the hat-trick made him a national celebrity.

"It was absolutely massive, I went back to the hotel with my agent. There were tears in his eyes.

"I'd proved myself and that was what I wanted to do. There was a wedding going on in the hotel, a guy comes over and asks: 'Are you Eamon Zayed?'

"A couple of hundred people burst out and I had grown men trying to kiss me on the head.

"Prior to that game the coach had sppokent to me twice, through his translator, calls me over to congratulate me in fluent English.

"It turns out a good few of the players had a bit of English, 'Good morning, how are you, how's things?'

The coverage after that was phenomenal, I continued playing and ended up scoring a hat-trick in my first Asian Champions League game.

"Their New Year is March 21, I went on the equivalent of their RTÉ New Year's Eve show to wish the nation a happy New Year!"

Eamon Zayed joins David Coughlan and Mark McCadden to discuss his amazing globetrotting career on Episode 15 of The Buzz Sports Show. He documents the daily struggles his relatives face in post-Gaddafi Libya and discusses his time in Iran, including that famous hat-trick in the Tehran derby with Persepolis.