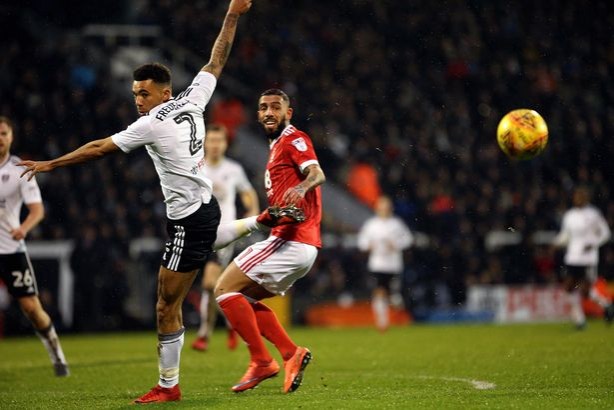 Nottinghampost - Ashkan Dejagah hopes to regain fitness in time to play for Iran in the World Cup this summer and, while he is out of contract this summer, Aitor Karanka says the Reds will consider their options over the winger.

Aitor Karanka is not certain that Ashkan Dejagah will pull on a Nottingham Forest shirt again this season – but does not rule out the attacking midfielder ever playing for the club again.

The Reds boss says he will not put Dejagah’s World Cup dream at risk by rushing him back into action in the Championship before he has properly recovered from knee surgery.

But Karanka also says Forest might look at giving the winger another opportunity to impress next summer.

The 31-year-old made only one appearance, as a substitute, before suffering the training ground injury Karanka fears could end his hopes of featuring in the remaining nine games of the season, with Forest cautious about taking any risks by playing him too soon – and putting his chances of playing for Iran in Russia this summer in peril.

Dejagah only signed a short-term deal until the end of the season when he joined as a free agent during the January window – but Karanka saw enough of him on the training ground to believe he could be worth having another look at.

“I don’t know, because I don’t know how many weeks he will be out for just yet,” said Karanka, when asked if Dejagah has a chance of playing for Forest again this season. “But I think it is unlikely.

“I don’t want to take a risk with him; to try to push him back quickly, only for him to get injured again.

“I do not want him to miss the World Cup. We need to be careful with him. He came here to help us and we need to help him. He is a very good player and a very good character.

“He is trying to get fit as soon as possible because he wants to play here; he is desperate to play for Forest.

“But we must take the right steps for him.”

Karanka says Forest’s priority is to ensure Dejagah does not miss out on his chance of playing in the World Cup.

But he says the club will also look at their long-term options over the player, beyond the tournament in Russia.

“Maybe we would look at that, yes. The only experience I have with him was for two or three weeks, when he was training with us, before his injury,” said Karanka, about the former Wolfsburg, Fulham and Al Aribi player.

“You could feel how good he was as a player. After those two or three weeks on the training ground, I have also got to know him as a person.

“The relationship I have with him makes me feel he is a very good man and these are the kind of character I want to have in the team.

“So let’s see. If everything goes well, he can be here next season.”