AFC - After decades of experience across four continents, Winfried Schäfer’s latest adventure takes him to the Islamic Republic of Iran, where he is tasked with restoring the Asian glory days of Esteghlal Tehran.

‘Winnie’, as he is endearingly known, made his name as a midfielder in the German Bundesliga, where he played over 400 games with Borussia Monchengladbach, Kickers Offenbach and Karlsruher FC, before hanging his boots and embarking on a coaching career that would take him around the globe.

Schäfer’s first foray into international football saw him guide Cameroon’s golden generation to the 2002 African Cup of Nations, before leading the Indomitable Lions to the final of the 2003 FIFA Confederations Cup, which they lost to the hosts France.

Having conquered Africa, it was time for Schäfer to make the move to pastures new. He arrived into the world of Asian football through the gates of UAE side Al Ahli in 2005. Success was instant for the German, as he led the likes of Iranian international Farhad Majidi and Faisal Khalil, the older brother of 2015 AFC Player of the Year, Ahmed Khalil, to the league title.

Delivering Al Ahli’s first UAE League title in 26 years could not save Schäfer from being sacked halfway through the following season after a poor run of results. His time in the United Arab Emirates did not end there, though as Al Ahli’s fierce rivals Al Ain came knocking in the 2007-08 season.

Schäfer did not find the same level of success in the league at the Garden City, finishing sixth and third in his two seasons at Al Ain. On the contrary, he delivered in the cup competitions, winning the cup double of the UAE President’s Cup and the League Cup in 2008-09 season. His side followed that up with the 2009 UAE Super Cup victory but failed to rise up the league ranks, which led to his eventual axing during the 2009-10 season. 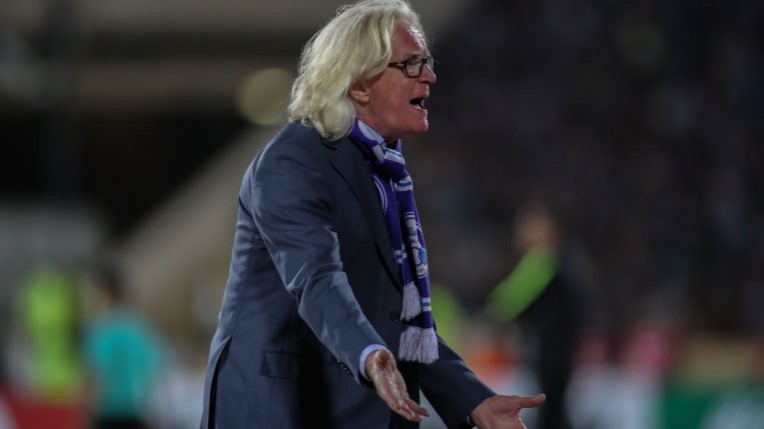 Following a short stint in European football with FC Baku of Azerbaijan, Winnie returned to Asian football, taking over the Thailand national team in July 2011. His first experience in the east delivered a runner-up finish in the 2012 AFF Suzuki Cup. The War Elephants reached the final but were pipped to the title by Singapore following a 3-2 aggregate defeat in the two-legged final.

In the 2014 FIFA World Cup Qualifiers, Schäfer’s side managed to surprise with a 3-0 thrashing of Oman and a draw with Saudi Arabia but failed to follow up on their results and missed out on qualification for the next round, before losing all six matches in the 2015 AFC Asian Cup Qualifiers leading to a termination of the German’s contract.

After coaching Jamaica for three years, Schäfer returned to Asian football in October 2017 with Iranian giants Esteghlal. Since then, he has only lost two matches in 24 games, leading the side from 16th place in matchday seven to second place in matchday 22 of the Iran Pro League.

Where Schäfer has really transformed the Tehran-based side’s fortunes is in the AFC Champions League. Pitted in a tough group alongside the competition’s last two runners-up, Al Ain and Al Hilal, Esteghlal had their work cut out for them, but the Iranian giants stormed to the summit of the group with a run of five unbeaten games, securing their progress to the next round with a game to spare.

After watching their arch-rivals Persepolis march all the way to the semi-finals last year, Esteghlal look determined to go as far as possible in Asia’s top club competition, having last been crowned Asian champions in 1991 when they defeated China PR’s Liaoning FC to lift the Asian Club Championship.

With a squad strengthened with the likes of former Juventus striker Mame Baba Thiam and two-time AFC Footballer of the Year Server Djeparov, Schäfer has at his disposal the tools to bring back the glory days of Esteghlal.