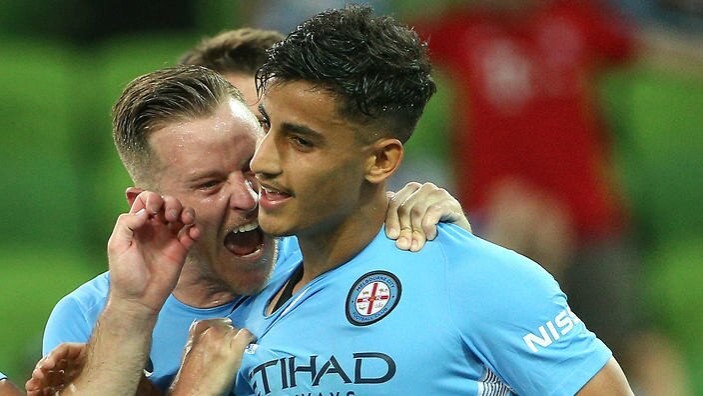 SBS - Melbourne City rising star Daniel Arzani has revealed he would turn his back on Australia if Iran gave him the chance to play at this year's FIFA World Cup in Russia.

The 19-year-old capped off an incredible debut A-League season for City by taking home the NAB Young Footballer of the Year award at last night's Dolan Warren Awards.

While the A-League’s most evasive player this season said it would be a ‘dream come true’ to represent Australia, he refused to close the door on playing for Iran in Russia.

“I think the Socceroos definitely for me,” Arzani said when asked what his first preference is.

“But the thing is there is a World Cup coming up and I wouldn’t be one to pass up the chance to play in a World Cup, it’s an amazing experience."

Socceroos coach Bert van Marwijk will name his preliminary 35-man FIFA World Cup squad in the coming weeks and Iran could swoop if Arzani is left out.

It’s clear the teen sensation is desperate to play for Australia.

“It would mean the world,” Arzani said.

“Obviously from being very young, watching the Socceroos play, I’ve always dreamt of playing for them and putting on the green and gold for the first team.”

“To think that one day hopefully soon I could be putting on that jersey is just something special.”

Arzani has previously declared he’s ready for a Socceroos call-up and has played down fears he isn’t ready to handle the physical demands of international football.

“I think physically where I am now, I’m pretty happy with it,” Arzani said.

“Obviously the flip side of that is you getting too strong and your kind of losing a little bit of speed as well so I’m happy with where I’m at with that one.”

Australian football fans will still have the chance to watch the dazzling winger up close and personal next season with Arzani committing to Melbourne City for another season.

“I think for me right now the best thing would be to have another season with Melbourne City where I know I can develop under the right people,” Arzani said.

“I think the club has shown me a lot of support and I think that’s where I can improve the most because I know I’ll be getting games there and I can consistently play and improve.”

Many believe Arzani could follow in the footsteps of Socceroos playmaker Aaron Mooy who made the move from Melbourne City to Manchester City.

“I think when you look at what the City group have done over the last couple of years around the world its extraordinary and they’re a very powerful organisation,” Arzani said.

“To be able to be a part of that would be amazing.”

“I think everyone’s football journey is also different, you never know where it’s going to take you.”