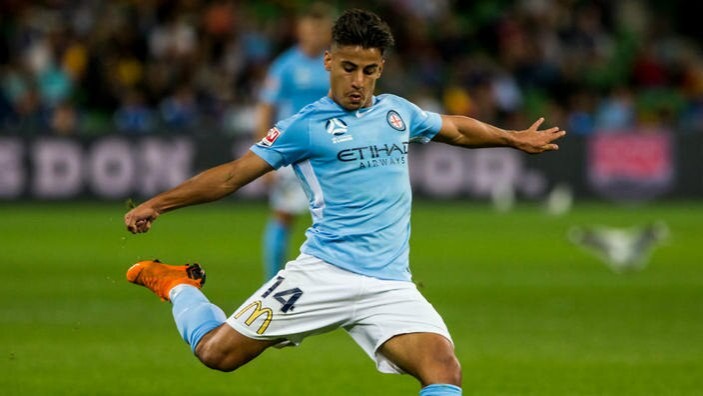 Goal - The Dutch coach believes one the A-League's hottest talents can make an impact in Russia.

The 19-year-old attacker was one of six additions to the green-and-gold's preliminary 32-man squad for Russia - with the list being whittled down to 26 players on May 14 before the final 23 is announced after the June 9 friendly against Hungary.

Van Marwijk explained why Arzani missed selection for the March friendlies against Norway and Colombia and revealed what World Cup role he thinks the winger can play if he secures a seat on the plane.

"I have extra information [on Arzani]. I’ve spoke to coaches he has worked with. And now he is playing every week," Van Marwijk said.

"Maybe a world championship is too early for him. But I will not hesitate [to pick him] when I think he can mean something for us and he can make a difference in the last 10 or 15 minutes [of matches]."

Iranian-born Arzani could also accept a call-up from his birth country, with Carlos Queiroz leading the nation to the World Cup finals.

But Van Marwijk says there was no mention of any worries surrounding Arzani's allegiance, and he is confident the Socceroos can lock him in.

"Nobody told me not to nominate him because of [Iran’s interest]," Van Marwijk said.

"I hope and think that when we are nominating him that he will play for Australia."

If Arzani survives the first cut of players, he is likely to make his Socceroo debut in the two pre-World Cup friendlies against Czech Republic (June 1) and Hungary (June 9).

The Socceroos have been drawn into World Cup group C alongside France, Denmark and Peru - with the first match coming against Les Bleus on June 16 in Kazan.