Shahrzad Mozafar’s side scored within five minutes, and were 4-0 up by half time, as they eased past a Vietnam side who had won all four of their previous matches at the tournament.

Veteran Fahimeh Zarei was influential, scoring once and providing two assists as Iran took another step towards retaining their status as Asia’s best women’s futsal team.

Iran will now face either hosts Thailand or 2015 runners-up Japan in Saturday’s tournament decider, while Vietnam, with their title hopes now extinguished, will play for third.

The defending champions came out firing, taking the initiative from as early as Fereshteh Karimi’s first-minute shot and they only had to wait four more minutes for the first goal, scored by Arezoo Sadaghanizadeh after a sharp pass from Zarei. 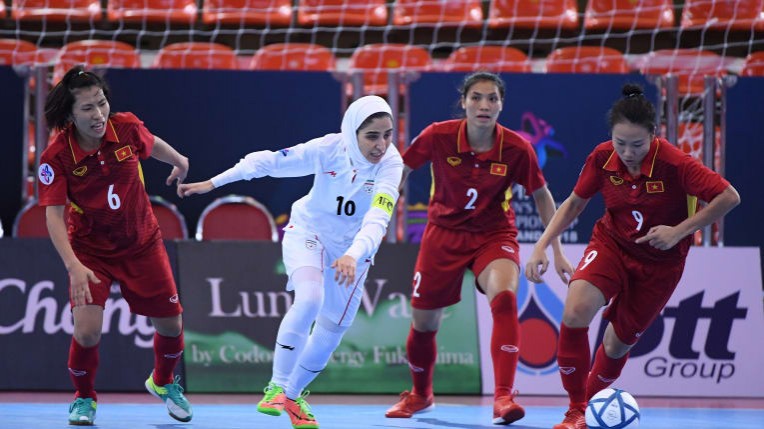 Zarei also contributed the final pass for Iran’s second goal five minutes later, when Sara Shirbeigi snuffed out a Vietnamese counter-attack and quickly shifted the ball to the 32-year-old who teed up Fatemeh Etedadi for a skilful finish.

Shirbeigi added a powerful third in the 14th minute, then supplied the speculative ball across goal that was finished off by Zarei’s improvised header two minutes later, as Vietnam’s hopes of reaching the final began to vanish.

Vietnam’s leading goal scorer Do Thi Nguyen had a good opportunity six minutes after half-time but goalkeeper Farzaneh Tavasoli was more than equal to the task, and Truong Quoc Tuan deployed a power play for the first time shortly thereafter.

Le Thu Thanh Hong nearly got on the end of a sharp cross while wearing the goalkeeper’s shirt, while Iran’s Seyedehnastaran Moghimidarzi came close to finding the empty net from long range as Vietnam’s desperation grew with seven minutes remaining.

The Southeast Asians had three shots at goal in a matter of seconds - and were denied by the impassable Tavasoli each time - before Etedadi removed any doubt as to the identity of the finalists with her second goal of the day and ninth of the tournament with three minutes remaining.

Tavasoli proved her quality one last time with an excellent save from Bui Thi Trang’s last minute volley, marking the end of the Vietnam’s challenge and Iran’s progression to Saturday’s showpiece. 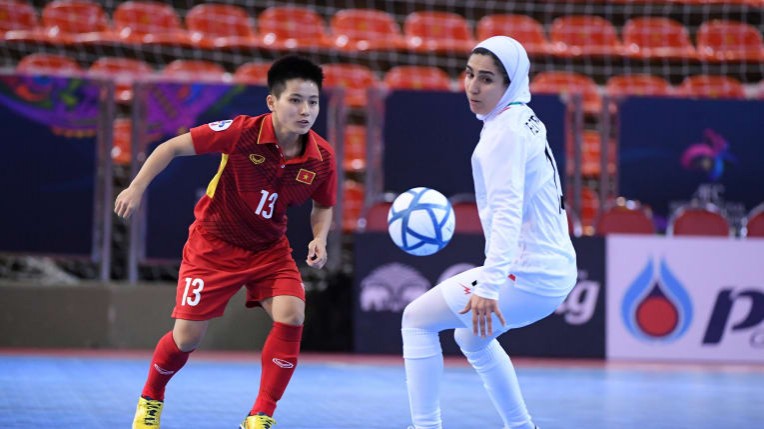 “The first half was brilliant for us. It was a very good start. We had confidence and at the beginning of the game our plan was to put pressure on the Vietnam team and I think it worked well for us. I think this match was the best match for the Iran team and the best performance from our players.”