AFC - As Islamic Republic of Iran celebrated a second consecutive AFC Women’s Futsal Championship final win over Japan, Fereshteh Karimi continued the theme and confirmed herself as a continental great by winning the tournament’s Most Valuable Player award for the second time.

The 29-year-old delivered what could only be described as the perfect tournament in Bangkok, scoring five goals and, remarkably, winning player of the match honours in all five of Iran’s matches.

The scorer of the tournament-deciding goal in Malaysia three years ago, Karimi also left her mark on this year’s decider, playing a major role in Misato’s Komura’s 30th minute own goal, before setting up Sara Shirbeigi to make it 3-0 moments later.

Speaking moments after Iran’s sensational 5-2 win, Karimi spoke of the significance of lifting the trophy for a second time.

“For women’s sport in Iran, the futsal team is the only team that has the ability to be an Asian champion,” she said.

“The national teams in other sports don’t have this ability and that’s why this is so important.

“Iranians are very emotional people, especially our women. This championship is the big opportunity for us to be more famous in the country, and the way we dress is unique and different from the other teams.

“All the people, especially our families, are so happy about this achievement.”

The 29-year-old graciously accepted the award, but said team success was at the forefront of her goals before thanking Iran’s technical staff.

“Before the final our staff analysed Japan for us very well. We had two sessions of analysing them and our plan was to make Japan tired in the first half, then try to score in the second half.

“That was our plan and thankfully it worked. We really need to give our thanks to our staff.” 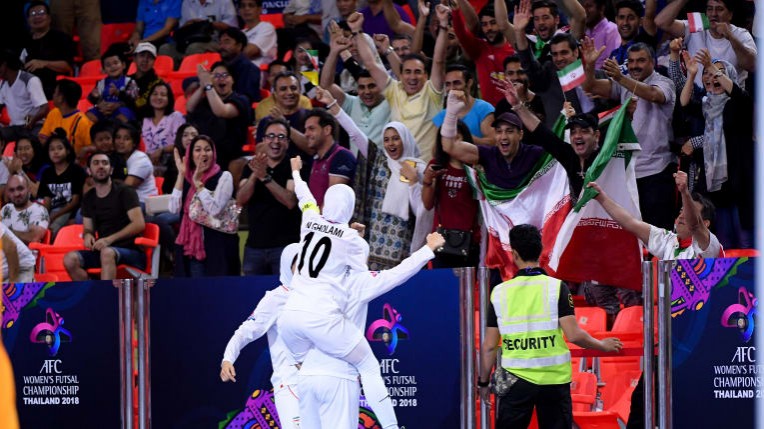 Iran head coach Shahrzad Mozafar paid tribute to Karimi, saying her dual achievement is evidence of her standing as one of the game’s greats.

“Congratulations to Fereshteh,” she said. “To be the MVP of the tournament for the second time means that she is one of the really great players in Asia and, to me, in the world.”

Iran’s hat-trick hero in the final, Sara Shirbeigi (pictured below) won the award for the tournament’s top scorer. The 26-year-old finished level with teammate Fatemeh Etedadi and Japan’s Anna Amishiro with nine goals, but won the award by virtue of contributing three assists, compared to her competitors’ two.

“All the Iranian players are the MVP, and they should all be here beside me accepting this award.

“The top scorers, Sara and Fatemeh have been among the best players in this tournament, as well as our goalkeeper Farzaneh.”

Iran also claimed the Fair Play Award to take a clean sweep of the honours. 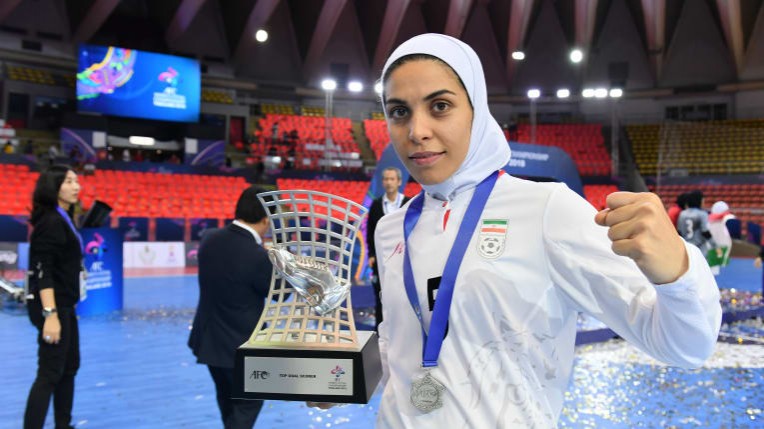