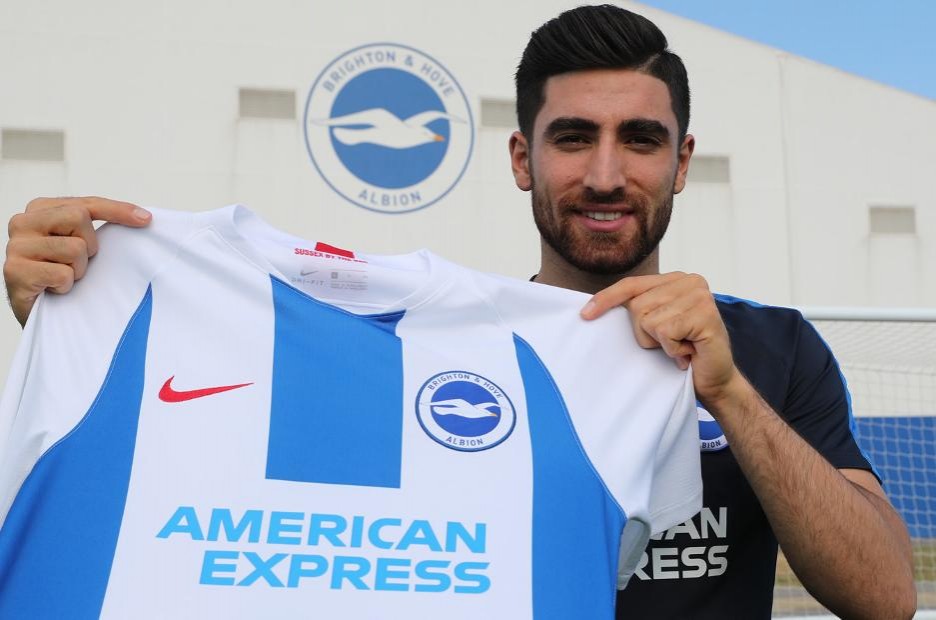 The 24-year-old player joined Brighton on a five-year contract from Dutch side AZ Alkmaar for a club-record fee last week.

“When I went to Nijmegen it was, to be honest, maybe the same situation for me as now. But the big difference at the time was I was just 18. I was a kid. It was a risk. It was a big change for me to get out of the country and to come to a new situation, to learn the language, all those things,” Jahanbakhsh told The Argus.

“Thank God I was flexible. I learned the language really soon. I adapted myself to a new environment and it went well. I developed myself at Nijmegen, I had two great years there. After that I decided to go to Alkmaar for the past three years. I have seen a lot of ups and downs for my age,” he added.

“That helps you to become a better player. There have been a lot of emotions there and I know all those feelings. I can handle different situations and I am really happy that all those things happened in my career,” the 24-year-old added.

Jahanbakhsh knows there was a lot of excitement about his impending arrival.

He is excited too – but comes across as a laidback character.

He said: “I am trying to be myself, nice and easy. I think about what I want to achieve and work hard for it. My personality is just easy and being nice to everyone.”

Back in 2015, Jahanbakhsh found he clicked with Hughton, a manager who always plays with two wingers.

He kept track of Albion’s climb towards the Premier League. But not that closely, it would seem.

He knew all about the results but had to double-check Hughton was still in charge when Albion came calling this time. The answer he received was music to his ears.

He said: “When I first came here I wanted to find out about the country, about the new environment. I had never been in the UK before and it was a good chance to visit this country, the club itself and the facilities. When I saw all those things it made me feel like I had to come. Since 2015, I have always been thinking about the club.”

“I always had a good mindset about the club. Three years ago when I spoke to the manager, the strategy was the same way as I play. That’s why the first thing I asked when I heard from Brighton was who the manager is. When I was told he was still there, I was really happy about it because I know he uses wingers. At that time, he was really counting on me to move to this club.

“To be honest it was Championship football at that time. I was a young player, just 21, and there is a big physical side to the Championship. In that moment I thought maybe Brighton is good but, if I needed to play in the Championship, it is very physical and at such an age, with less experience, all those things made me feel I didn’t need to make that move.

“I stayed in Holland to become a better player. I spoke a lot with my agent, my parents, our coach from the national team (Carlos Queiroz) and my idol. I have got one guy, an ex-player Mehdi Mahdavikia, and he is my idol. And I spoke to my ex-trainers. Some of them said it was a great opportunity to go to Brighton – a nice club in England.

“But most of them said ‘we respect your decision and it is maybe wise to stay two or three more years in the Netherlands and develop yourself. I was thinking about this club, especially when they were promoted into the Premier League. I was thinking ‘If I get the opportunity again, I will take it’.”