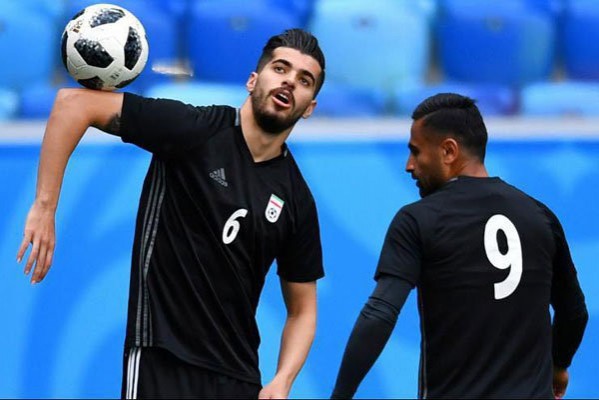 Tehran Times - Paul Clement says highly-rated Iranian midfielder Saeid Ezatolahi will help Reading and has urged fans should not put too much pressure on Saeid Ezatolahi.

Ezatolahi was snapped up by Reading FC on a season-long loan deal last week.

He is expected to feature during the international break against Uzbekistan before linking up with his Royals team-mates later next week.

The 21-year-old FC Rostov playmaker - dubbed the 'Persian Pogba - has spent time in Spain with Atlético Madrid, and Clement believes he will provide some much-needed physicality to the team after Reading plummeted to the bottom of the Championship table.

"He has had his medical. He is fit and is going to go with the Iran national team. As soon as that’s finished he will come and join us, subject to his UK Visa being approved,” Clement said in an interview with the Reading Chronicle.

"Once that is done he will join us. We will have a good look how he is, what shape he is in and hopefully he will be involved very soon. Saeid is hopefully going to help, because he is good player. [He is] strong, he is over 6ft 2ins. I think we need a bit of physicality in this team. In this league you do need it.

Royals went to the bottom of the table after losing 2-1 to Sheffield Wednesday at the Madejski Stadium on Saturday, a run of four defeats in six games.

The side have won just three times in 28 league games in 2018, and Clement responded to narrowly avoiding relegation last season by recruiting eight players.

Ezatolahi was signed within 24 hours of the loan window closing, with an option to join Reading on a permanent basis.