AFC - Al Sadd host Persepolis in the first leg of the West Asia semi-final of the 2018 AFC Champions League on Tuesday, with a spot in the final of the continent’s premier football competition at stake.

This is the third IR Iran-Qatar match-up in the 2018 AFC Champions League knockout stages. The quarter-finals saw Al Sadd defeat Esteghlal 5-3 on aggregate, while Persepolis mounted a thrilling comeback in the second leg to eliminate the previously rampant Al Duhail side.

Following a 3-1 win away from home against Esteghlal in the previous round, Al Sadd faced a scare in the second leg when they fell behind before half time despite scoring first. With the score at 2-1 to the Iranians, however, Rouzbeh Chesmi picked up a second yellow card in the 50th minute to put a dent in his side’s newfound momentum.

Al Sadd were buoyed by their numerical advantage, but needed a late equaliser to kill off the tie and see off their spirited opposition. The draw means that Al Sadd’s last defeat in this year’s competition remains, coincidentally, a 1-0 reversal against upcoming opponents Persepolis on matchweek six, when their qualification from Group C had already been sealed. 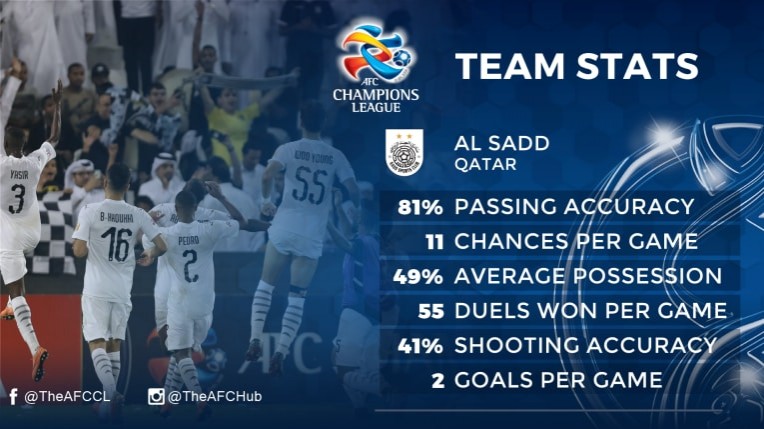 Baghdad Bounedjah scored twice to clinch the win in Tehran, and unsurprisingly the Algerian poacher was on target once again in the second leg; he calmly slotted home from 12 yards after referee Muhammad Taqi pointed to the spot in second half added time.

That goal took Bounedjah's season tally up to 12, just one goal short of equalling the all-time record set by Muriqui in 2013. The 26-year-old has managed 23 shots on target in 10 appearances, beating the opposing goalkeepers with more than half his efforts on goal.

Al Duhail were slight favourites to qualify for the Champions League West Asia semi-final when they sealed a 1-0 win at home over Persepolis, which was their ninth victory in as many games this season. In the end, it only served to motivate the IR Iran outfit as they came roaring back from 0-1 down at half-time and clinch a 3-1 win at the Azadi Stadium.

Captain Seyed Jalal Hosseini equalised for Persepolis early in the second half to spark their comeback, before Sultan Al Brake inadvertently directed the ball past his own goalkeeper in the 76th minute to hand the hosts the lead. Al Duhail still led on away goals with time running out, but Persepolis struck again within two minutes to book a spot in the semi-final. 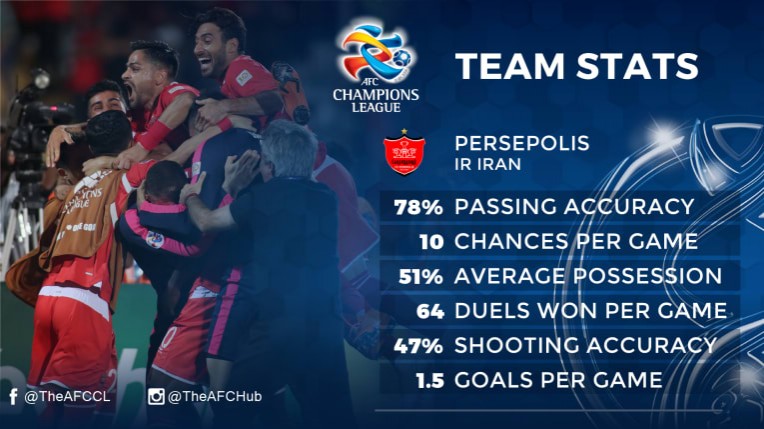 Godwin Mensha popped up with the crucial goal for the Tehran giants, his third strike of the competition so far. The Nigerian also scored a crucial away goal againt Al Jazira in the Round of 16 first leg, helping his side progress on away goals. Mensha hit the target with 53 percent of his shots so far, and has also provided three key passes in the AFC Champions League this season.

The 29-year-old will be a serious threat to the Al Sadd backline, and has already showed a penchant for scoring in the semi-finals, having netted twice against Al Hilal at the same stage last year. This time around, Mensha will be hoping to progress to the final, and another couple of goals could go a long way to making that happen.