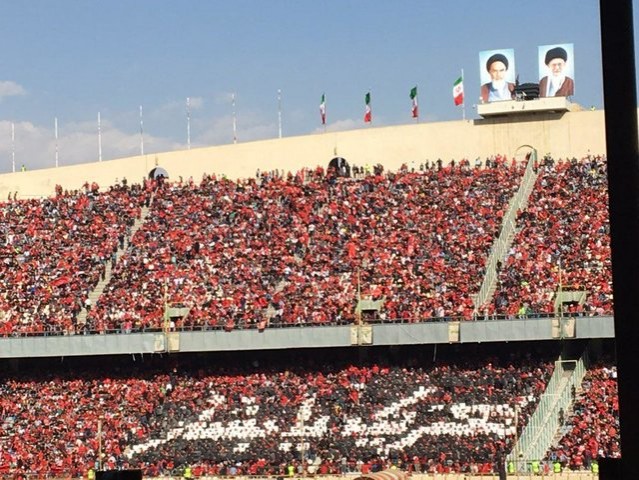 AFC - Amidst the euphoric celebrations that followed Persepolis' historic qualification for the AFC Champions League final on Tuesday night, one of their players went through mixed emotions

As the final whistle went at the Azadi Stadium, Iraqi midfielder Bashar Resan broke into tears, overwhelmed by a huge result that came just days after his mother had passed away.

Resan had been on international duty with Iraq in the past week when he received the news about the bereavement.

"I dedicate this win to my late mother, my family and all the fans who supported us in Iraq and Iran," remarked a visibly emotional Resan, after displaying a fine combative performance in the midfield against a star-studded Al Sadd.

"Also, this win is for the fans here who stood with us despite the tough times we are going through. Congratulations to these fans, and the fans outside the stadium.”

After winning the first leg 1-0 in Doha, the hosts needed just to avoid defeat to advance to the final for the first time, but went a goal down when Baghdad Bounedjah struck inside 20 minutes.

A rousing performance followed after the interval as Siamac Nemati levelled in the 49th minute before a gripping finale ensued.

Goalkeeper Alireza Beiranvand pulled off a stunning save in the dying minutes to deny Xavi as Persepolis held out to progress to the final, where they will play either Japan’s Kashima Antlers or Suwon Samsung Bluewings of Korea Republic.

“We deserved this win. We fought throughout the 90 minutes and managed to come back into the game," added Resan.

"It was a tough match. Commiserations to Al Sadd, who are a big team. Hopefully, we can become the champions of Asia this time. We are waiting to see who we will face.”