Beiranvand showed that in the second leg of the semi-final against Qatar's Al Sadd.

The score was 1-1 with just four minutes to go, a goal for Al Sadd would have effectively taken them to the AFC Champions League final at the expense of Persepolis. The ball was crossed for Spanish legend Xavi, who was left with a free header from just seven yards.

Nine times out of then, this play would have resulted a goal, but as the 81,000 fans present at Azadi Stadiums fell to complete silence, the Persepolis goalkeeper had different ideas. Beiranvand produced an impossible reflex save to tip Xavi’s header behind and rescue his team.

That save, one of four Beiranvand made on the night, was as crucial to Persepolis reaching their first ever AFC Champions League final as Siamak Nemati’s 49th minute goal, but the 26-year-old remains grounded, playing down comparisons to Islamic Republic of Iran’s greatest goalkeepers.

“[Ahmadreza Abedzadeh and Nasser Hejazi] are great goalkeepers that I have learned a lot from,” said Beiranvand, whose heroic performance at the 2018 FIFA World Cup Russia brought him to global fame, especially when he saved a penalty kick from Portugal’s Cristiano Ronaldo.

“I can never be like them. Hejazi was a great man, known for respecting moral values. I have always learned from him. And I like Abedzadeh a lot; his son is also my teammate in the national team.” 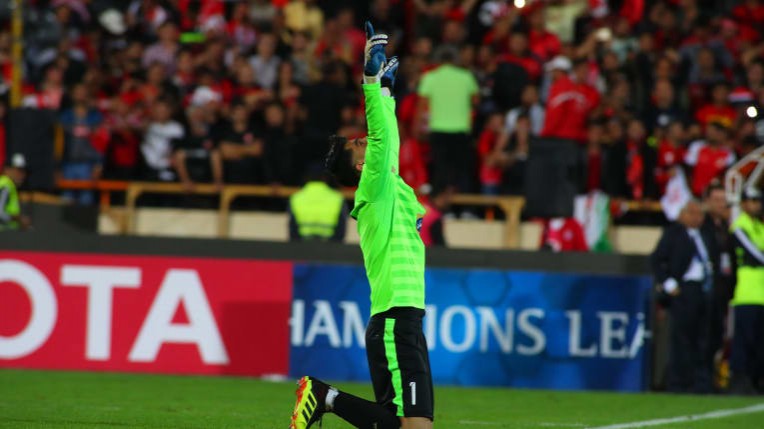 Beiranvand could, however, achieve a feat that none of the two greats of Iranian goalkeeping did, if he is to become the AFC Player of the Year. His performances over the past 12 months have, arguably, put him in contention for the November award.

“It would be a big honour for me and my country if I can make it. I hope it happens, because it has always been one of my wishes in life. If I can win this award, I will enjoy it for years to come,” said the Iranian international goalkeeper.

Having spent his entire career so far playing for Naft Tehran then Persepolis, Beiranvand’s performances over the year would have certainly attracted interest from Europe, where many of IR Iran’s finest footballers ply their trade, but he is postponing any talk of a European switch until after the 2019 AFC Asian Cup.

“After the World Cup, my concentration was only on Persepolis, because I was really concerned with the problems they had.

“I want to become AFC Champions League champion with Persepolis, then I will concentrate on the AFC Asian Cup. I would really like to be the best goalkeeper in Asia with IR Iran in the 2019 AFC Asian Cup.

“After that I will have enough time to think about any offers, but as I always said, I would like to play for a big club in Europe if I leave Iran one day.”