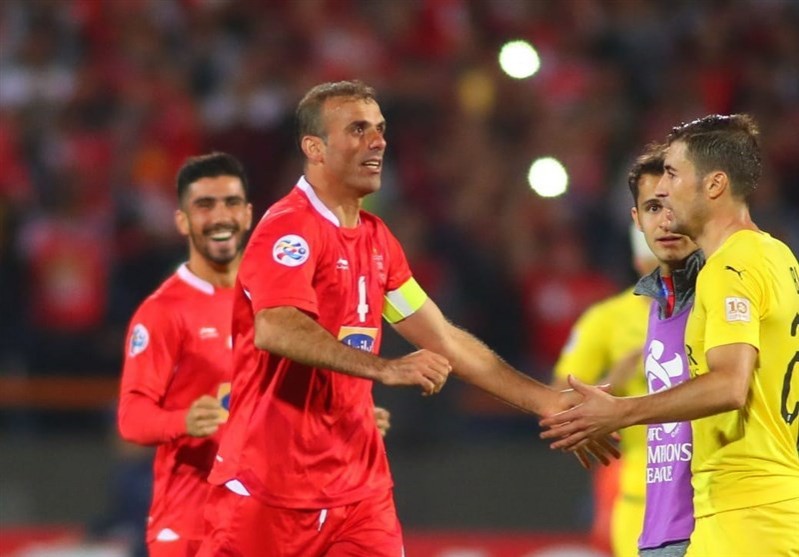 Tasnim – Persepolis captain Jalal Hosseini is going to bid farewell to his professional career in the Reds’ jersey.

Having represented four clubs in the AFC Champions League, Hosseini is eyeing a first title for him, the club and the Islamic Republic of Iran.

“Our objective is to reach the final and we promise our fans that we will,” said Persepolis' central defender Hosseini after scoring late in the second half to propel his side past Al Jazira and into the 2018 AFC Champions League quarter-finals on away goals.

Six months on, Hosseini’s words echo fresh as Persepolis find itself exactly where the skipper had promised – 180 minutes away from delivering the Islamic Republic of Iran’s first AFC Champions League title.

The 36-year-old’s ability to instill confidence and motivate his teammates has been as influential as his defensive skills in inspiring Persepolis to a maiden appearance in the final.

“I will play as long as I can for Persepolis,” said the 36-year-old after signing a new contract with Tehran side in July. Hosseini’s new deal has no fixed wages nor an end date. A token of loyalty from the player as he prepares to wind down his career at the club.

“I will serve the club and bid farewell to my professional career in the Reds’ jersey,” he said.

Hosseini’s farewell could be that much sweeter with an AFC Champions League winners’ medal in his cabinet.