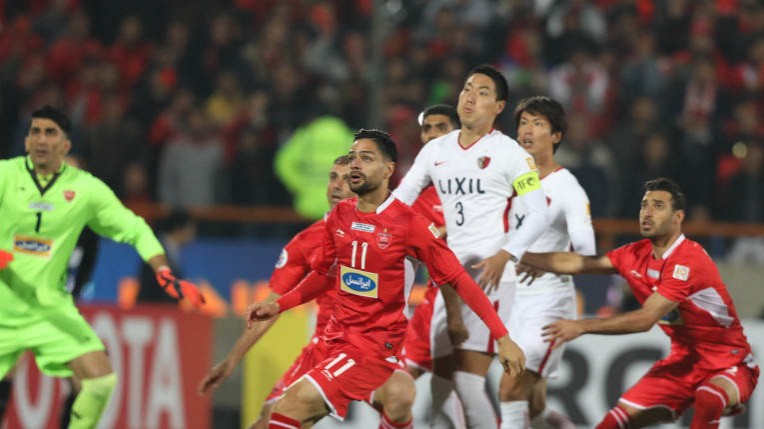 AFC - Kashima Antlers were crowned AFC Champions League winners for the first time after a goalless stalemate with Islamic Republic of Iran’s Persepolis at the Azadi Stadium on Saturday saw the Japanese side wrap up a 2-0 aggregate scoreline following their first leg victory in Japan last week.

A stalwart rearguard action from the visitors frustrated their hosts and the bulk of the 100,000 supporters who had crammed themselves into the cavernous venue in Tehran, with Persepolis unable to reduce Kashima’s two-goal advantage.

Of the few chances that did fall Persepolis’ way, the majority came to striker Ali Alipour but he was unable to make them count, as Go Oiwa’s side secured the 0-0 draw to make it back-to-back Asian champions from the J.League after Urawa Red Diamonds’ triumph last year.

Persepolis, who began the match with the only change of either team from the first leg in Kashima – replacing suspended midfielder Siamak Nemati with Adam Hemati – had the first sight on goal in the opening minutes when Alipour fired wide from just inside the right side of the box, before Shoma Doi drilled wide at the other end of the field on the 13 minute mark.

Alipour again had another attempt on goal just before the half-hour mark but his header lacked the power to trouble Kashima goalkeeper Kwoun Sun-tae, who had previously won the AFC Champions League twice with former club Jeonbuk Hyundai Motors.

There were few clear-cut opportunities in the remainder of the half, but Bashar Resan could have opened the scoring for the hosts in dramatic fashion seven minutes before the break, when he muscled his way past two challenges to get into the Kashima penalty area, but Kwoun Sun-tae was alert to the attempt to beat him at his near post.

The sides came out to a wall of noise after the interval but Persepolis continue to find it hard to break down the visitors’ solid backline.

With Persepolis needing a goal to reduce the deficit and to have any chance of becoming continental champions, Alipour saw his volleyed effort shortly after the hour fly wide, before Branko Ivankovic made two changes, bringing on Mohsen Rabiekhah and Ehsan Alvanzadeh in the hope of a breakthrough.

The home fans raised the already deafening noise even louder in an effort to will their players forward to find the crucial opening in the final minutes, but it was to no avail, as Kashima’s defence stood strong to see out the tie and become the third side from Japan, after Gamba Osaka and Urawa, to lift the AFC Champions League title.