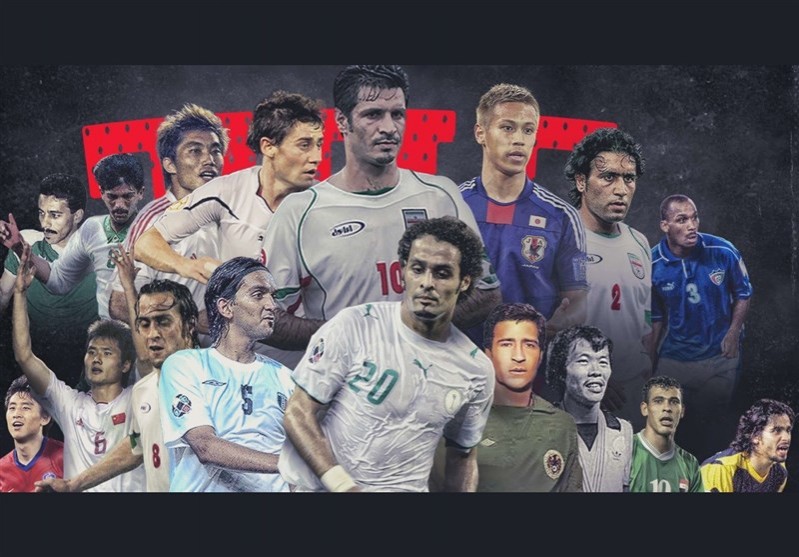 Tasnim - After weeks of voting to choose the best ever AFC Asian Cup XI, it is time to announce the winners. The four players in the AFC Asian Cup XI are Iranian as well as the Team’s coach who is an Iranian.

Over the years, the AFC Asian Cup has produced some brilliant footballers and coaches. The-afc.com gave fans the opportunity to vote for who they considered as the greatest 11 players in the competition's history.

After 2.6 million votes on the-AFC.com over the past few weeks, it is now time to announce the players who made the final XI alongside six substitutes who narrowly missed out on a starting XI place.

Mohajerani was named the coach of the AFC Asian Cup XI by the fans.

He is the last Team Melli coach to win the AFC Asian Cup, leading Iran to win the title in 1976. Mohajerani cemented his status as an all-time great by taking the team into its first ever FIFA World Cup two years later. His impact was not limited to his home country, as he led the UAE to its AFC Asian Cup debut.

Nasser Hejazi , the Iconic Iranian goalkeeper, led his country to win back-to-back AFC Asian Cup titles in 1972 and 1976. He was also their number one in the 1972 Olympic Games and was a key member of the first Team Melli squad to qualify to the FIFA World Cup in 1978.

At club level, Hejazi led Esteghlal (then known as Taj) to become the first Iranian side to win the Asian Club Championship in 1970.

Team Melli's fourth most capped player with 110 appearances, Mahdavikia appeared in two FIFA World Cups and helped IR Iran reach the semi-finals of the AFC Asian Cup in 1996 and 2004. He spent the majority of his club career playing in Germany, where he was most synonymous with Hamburg.

Saudi Arabian Saleh Al Nuaimah, the only captain in the history of the AFC Asian Cup to lift back-to-back trophies, and Zheng Zhi, China PR's fourth most capped player with 102 appearances, are the other two defenders in the AFC Fans' Best XI.

The 2004 AFC Asian Cup joint top scorer and Asian Player of the Year in the same year, Ali Karimi helped Iran finish fourthes in that edition of the competition, and is widely recognized as one of the best Iranian players of all time.

Nashat Akram, another member of Iraq’s golden generation of the mid 2000s, who was named in the Team of the Tournament in Iraq’s historic 2007 AFC Asian Cup winning campaign, along with Chinese Shao Jiayi and two-time Asian Player of the Year Server Djeparov from Uzbekistan as well as Japan’s Keisuke Honda, one of the most globally recognizable Asian players, who was the tournament’s MVP as Japan lifted the AFC Asian Cup trophy in 2011, are three other midfielders in the list.

The AFC Asian Cup’s all-time top goal scorer, Daei was the top scorer in 1996 with eight goals, and he went on to score in the 2000 and 2004 editions. Iran legend bagged 109 goals in 149 caps as the highest scoring player in international football.

Yasser Al Qahtani is another forward in the list.  The 2007 AFC Asian Cup top scorer helped Saudi Arabia reach the final with his four goals, before the Green Falcons lost to Iraq. Al Qahtani’s performances won him that year’s Asian Player of the Year.