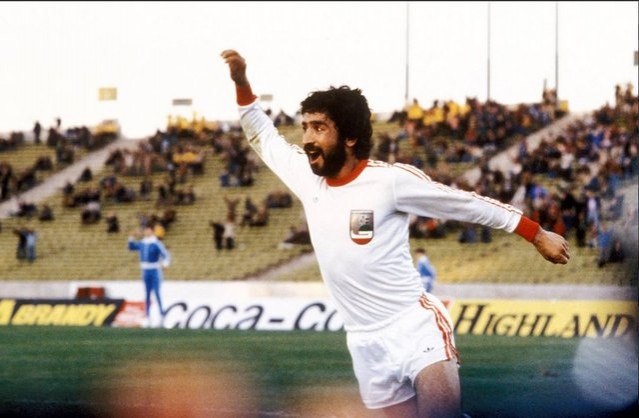 Danaeifard passed away of a cardiac arrest in Shiraz’s Namazi Hospital on Wednesday.

Iraj Danaeifard was the son of Ali Danaeifard who was one of the founders of Taj SC football club (the club became known as Esteghlal in 1979).

He was invited to the national team for the first time in 1977 and helped Team Melli qualify for 1978 World Cup.

Danaeifard scored against Scotland, which was Iran's first goal ever at a World Cup.

He equalized the match in the second half and secured Iran's first ever World Cup point, and their last for 20 years till a famous win over the United States.


After the Asian Cup in Kuwait in 1980 he announced his retirement from international football with 17 caps and 3 goals for Iran.

In 1980, he moved to the United States and started playing for the NASL team, the Tulsa Roughnecks. He remained in the club until 1984 when the league folded.