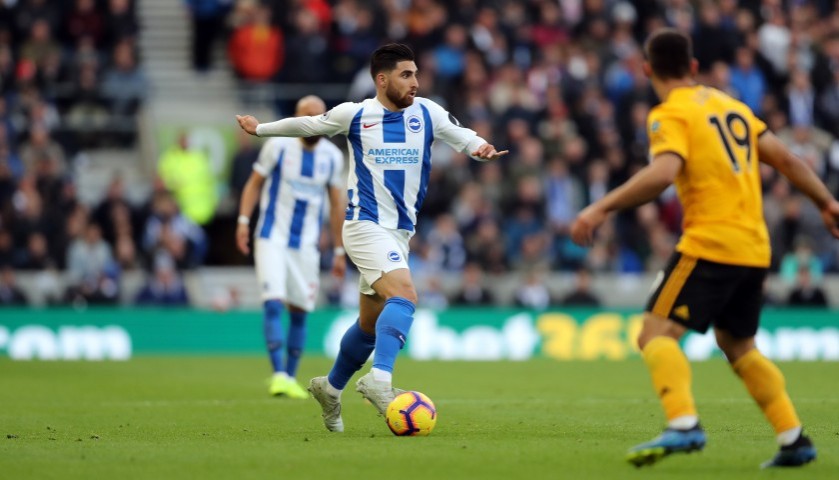 FootballParadise - Chris Hughton has warned Brighton fans they may have to wait until next season to see the best of £17million record signing Alireza Jahanbakhsh.

Iran international Jahanbakhsh was top goalscorer in Holland last season but has endured a frustrating time with Albion since his summer switch from AZ Alkmaar.

The 25-year-old has been restricted to just four Premier League starts and not featured for the club since November 3, partly due to his recent involvement in the Asian Cup with his country.

He was in back in training with Brighton on Friday after returning from the international tournament.

And Albion boss Hughton, who opted not to strengthen his first-team squad during the transfer window, believes the winger could require more time to adjust to England’s top flight.

“We are yet to see the best of him but I think that’s more circumstances and it’s very much been stop-start,” said Hughton.

“He came late, so it’s sort of adjusting to us, to pre-season, the division, and then probably he got injured at a time when, for his progress, he didn’t need to.

“I think for his development, the Asian Cup came at a bad time but now he’s back it’s about integrating back into the group again and going again and we hope we can develop that from now until the end of the season.

“It might be that because of the way the season’s gone, next season we see the best of him.”

He had to wait until October for his first Seagulls start and has yet to register on the score-sheet or provide an assist.

Brighton could do with some attacking inspiration ahead of Saturday’s visit of Watford after suffering three successive defeats, including surrendering a two-goal lead in Tuesday’s loss at struggling Fulham.

Hughton, however, insists the recent setbacks have not had an adverse effect on team morale.

“The players at this moment are in good spirits,” he said.

“We’ve got a game (on Saturday) – I don’t even know it’s to make amends – we’ve got a game to try and get three points which will help us enormously.”

Speaking about the ninth-placed Hornets, he added: “I saw them play at Tottenham (a 2-1 defeat on Wednesday) and I thought they were very good.

“They’ve been good away from home, got good individuals, and I think their league position says that.”

Seagulls left-back Bernardo, who has been absent since January 2 due to a hamstring injury, could return for the game but winger Jose Izquierdo remains out due to a knee problem.