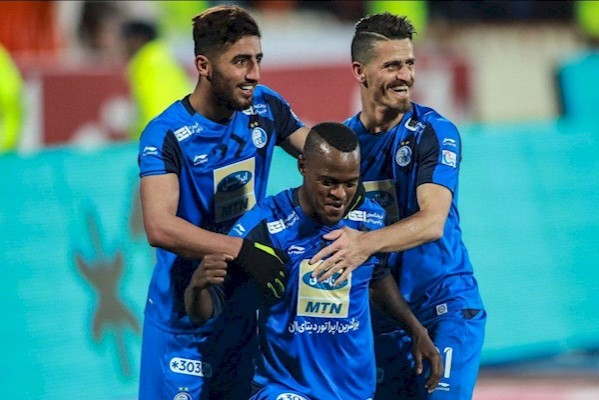 Thesouthafrican - Former Cape Town City midfielder, Ayanda Patosi announced his arrival in Iran in fine style as he scored on debut for new club, Esteghlal FC in their 2-0 victory over Pars Jonoubi Jam on Wednesday night.

The 26-year-old left the Citizens in the January transfer window as he made a shock signing with the Iranian champions for a reported fee of over R5 million rand.

He left the PSL while still in the race for the Golden Boot, with five goals in 14 matches, three behind the league’s top scorer, Mwape Musonda of Black Leopards.

Following some stumbling blocks over his eligibility, where the Iran FA demanded that to be eligible to play in the local top flight, he would have had to have played internationally in the last two years.

Patosi last turned out for Bafana Bafana late in 2016, when he made the last of his 12 international caps.

Following a letter from former Bafana caretaker coach, Owen da Gama, he was cleared to represent the Tehran-based outfit, making his debut in the Persian Gulf Pro League.

It did not take too long for the Khayelitsha-born player to make his mark in his new surroundings as he had a hand in the opening goal after his corner kick bounced off an opposition player into the net for the opening goal in the 11th minute.

Seven minutes from the break, Patosi got his name into the scoresheet when, from a short corner, he received the ball back and fired in diagonally from a long way out.