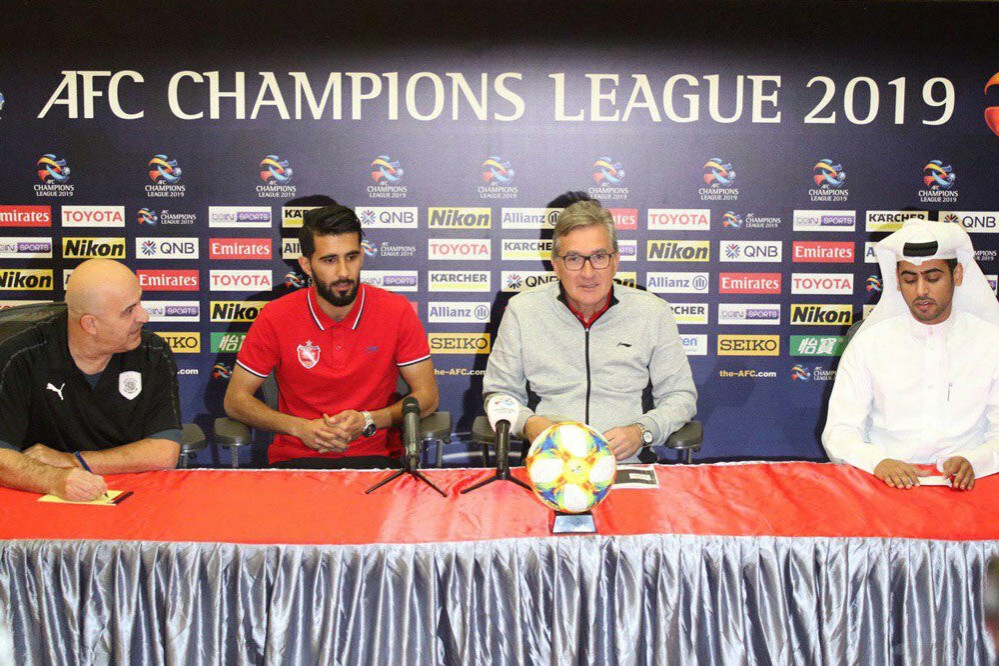 The AFC Champions League finalists will meet the Qatari giants in Group D at Jassim bin Hamad Stadium on Tuesday.

Al Sadd will be desperate to avenge last year’s semi-final defeat to Persepolis.

The Qatari side were edged out 2-1 on aggregate in the 2018 ACL semi-final after the teams had also shared a win apiece in the group stage.

“First, I would like to congratulate the Qataris over winning the Asian Cup title. And, I think Al Sadd are even stronger than Qatar since the team take full advantage of super midfielders like Xavi Hernandez, Gabi Fernandez and the Qatari international players as well,” Ivankovic said in the pre-match news conference.

“Persepolis also are a strong team and I am proud of my team and my players. We are determined to show our best form against A Sadd. We want to show an acceptable performance against our opponents, that’s why we are here,” the Persepolis coach added.

“Persepolis are drawn in a difficult group as we were held by Uzbekistan’s Pakhtakor at our home last week. Also, Al Ahli of Saudi Arabia defeated strong Al Sadd 2-0. Persepolis and Al Sadd, as the last year’s finalists of West Asia, failed to win their first matches and it shows how difficult our group is,” Ivankovic stated.


“Persepolis are a big team in Asia and we are supported by tens of millions of fans. Al Sadd also are a great team with a great coach. I watched the match between Al Sadd and Al Ahli and I have to say the Qataris were the better team despite suffering an away defeat,” Ivankovic concluded.