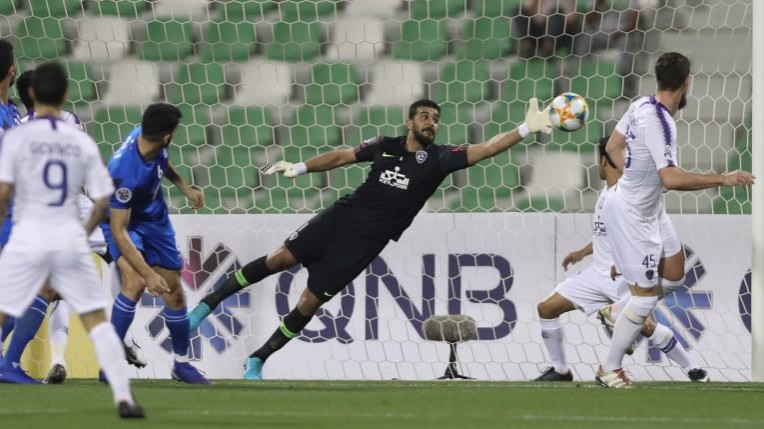 Al Hilal had won both their previous two matches, while Esteghlal came into the tie bottom of Group A with just one point.

Esteghlal wasted no time in taking the game to their opponents. Ayanda Patosi’s cross from the left was met by the head of Esmael Goncalves inside 25 seconds, but the Bissau-Guinean failed to direct his effort towards goal.

It was second-time-lucky for Patosi whose cross from the corner was powered home by Ali Karimi’s header in the fifth minute to give Esteghlal an early lead. It was also the first time Al Hilal had gone behind in the AFC Champions League this season.

Al Hilal regrouped and slowly came into the match but it wasn’t until the 24th minute that they got their first real chance of the game.

Hattan Bahebri received Sebastian Giovinco’s pass at the edge of the box and looked to find the bottom corner, but his strike went inches wide.

The second goal arrived at the half-hour mark. Patosi was again the creative force for Esteghlal, sending a long ball from a set-piece for Mohammad Daneshgar who headed it across the goalmouth for fellow defender Pejman Montazeri, who powered it into the net with a flying header at the back post.

Zoran Mamic’s men came close to getting their first goal five minutes after the restart. Mohammad Al Shalhoub’s cross was met on the volley by Giovinco, but Seyed Hosseini threw his body at the shot and made the save. 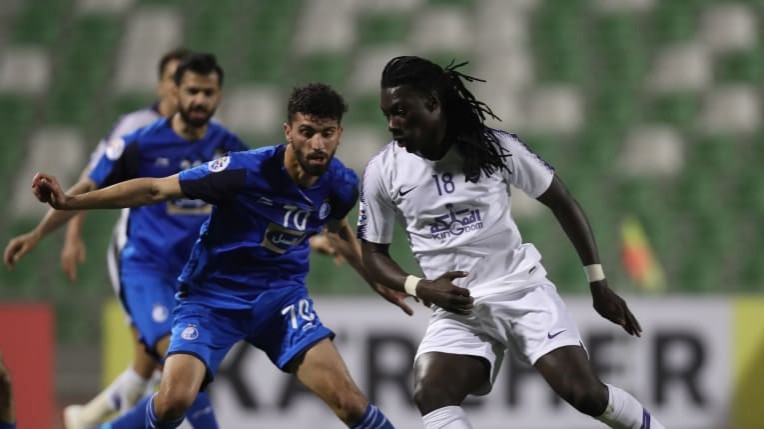 The former Italy international striker tried his luck again in the 57th minute, but his free-kick passed just over the crossbar.

Bafetimbi Gomis took advantage of a defensive mix-up to pull one back for Al Hilal in the 71st minute.

Esteghlal defender Milad Zakipour failed to clear Hassan Kadesh’s cross and the ball fell to the former Olympique Lyon forward who buried it home from close range to half the deficit.

Gomis’ goal would prove to be a mere consolation as the Saudi side failed to create more scoring opportunities for the remainder of the half and Esteghlal walked away 2-1 winners.

Al Hilal remain top of Group C with six points ahead of April 23’s reverse fixture in Abu Dhabi, while the three points help Esteghlal climb up to third place in the group, behind second-placed Al Duhail on the head-to-head.