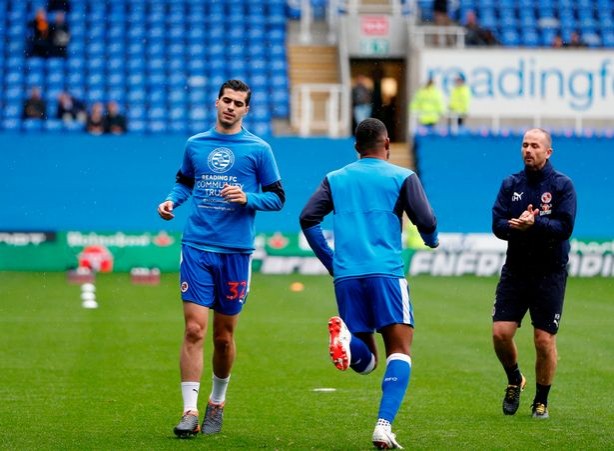 Getreading - The Iranian midfielder made his return for Royals with the U23s on Friday night. Reading midfielder Saeid Ezatolahi has sent a message to fans following his comeback from a lengthy quad injury.

The Iranian international, who is on a season-long loan with Royals from Russian club FC Rostov, has been limited to just four Championship appearances this season.

The 22-year-old picked up the injury while on international duty back in October and only returned to competitive action on Friday night with Reading's U23 side.

He played 45 minutes as Scott Marshall's team came from behind to beat Aston Villa 3-2 in Premier League 2 Division 2 at Wycombe Wanderers' Adams Park.

Ezatolahi said on Instagram: "[It] is great feeling to be back to play from tight injury after almost six months...

"I’d like to say thank you to all people those who working for our family club (Reading FC) and our fans for supporting and helping me whole time to get back.

"Now all focus to help the team and my teammates. But be thankful for everything you have in your life."

Reading have just four games left this season and gave themselves a huge boost in their battle with relegation with a 2-1 win over Brentford at Madejski Stadium on Saturday afternoon.

Speaking after the game, boss Jose Gomes said Ezatolahi could feature between now and the end of the campaign for Royals.

"He only worked with me in the past two or three days," said the Portuguese manager.

"I gave him the chance to play 45 minutes on Friday night for the U23s - maybe we'll need him before the end of the season. I don't know.

"The idea was to give him minutes in case we needed him. If he's ready he can be used."

Royals are back in action on Friday against Bristol City at Ashton Gate (12pm kick-off).