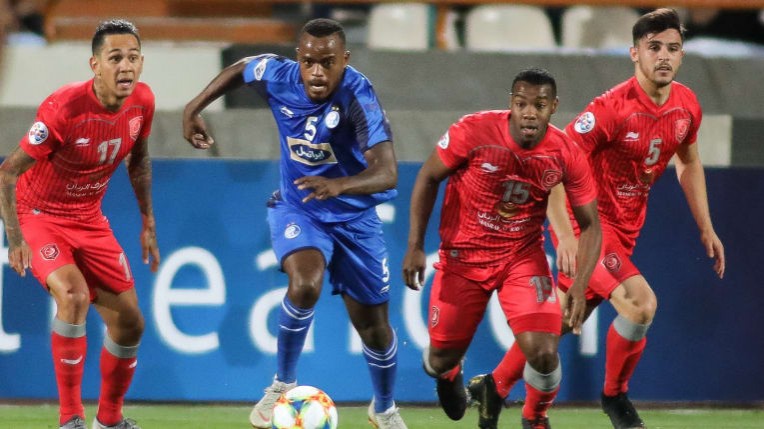 AFC - Al Duhail SC became the first West Asian team to book their place in the 2019 AFC Champions League round of 16, after earning a hard-fought point in a 1-1 draw against Esteghlal FC at the Azadi Stadium on Monday.

Esteghlal came into the Matchday Five fixture in the knowledge that only a win can keep their qualification hopes alive, and they started brightly, coming within inches of opening the scoring in the 12th minute.

South African midfielder Ayanda Patosi beat Al Duhail goalkeeper Amine Lecomte with a curled free-kick from 30 yards out. Esteghlal were, however, denied the opener as Patosi’s ball struck the upright.

Al Duhail responded from a similar set-piece through Bassam Al Rawi, but the Qatari international’s strike passed narrowly wide off the post.

Everyone at the Azadi Stadium thought Al Duhail were set to take the lead 20 minutes in as Luiz Junior supplied a defence-splitting through ball for Edmilson who broke free down the right with Youssef El Arabi taking up a position unmarked inside the Esteghlal penalty box.

The Brazilian’s squared ball left El Arabi with a simple task to apply the finish from ten yards, but goalkeeper Seyed Hossein Hosseini made himself big and blocked the Moroccan’s shot to deny the visitors a sure goal. 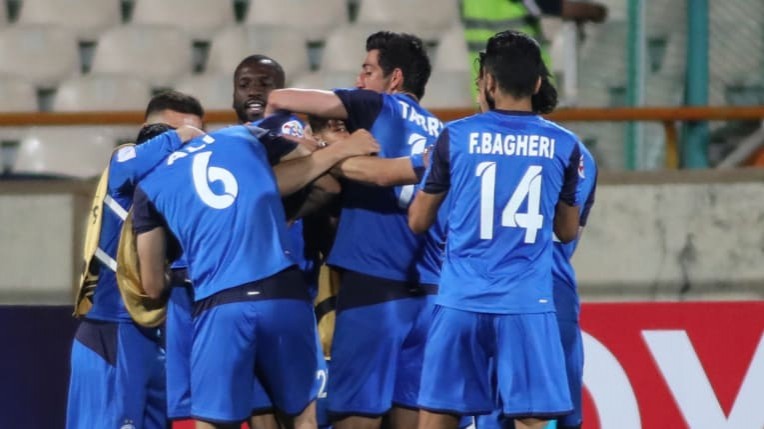 The home crowd erupted as Esteghlal finally broke the deadlock eight minutes after the restart. Al Duhail defence failed to deal with a Patosi cross from the right and defender Roozbeh Cheshmi pounced on the loose ball to fire home from close range.

The hosts’ joy was short-lived as Al Duhail fired back instantly after resumption of play. Ali Afif exchanged passes with Almoez Ali down the left flank before crossing for El Arabi. Hosseini was first to the ball, but his clearance only went as far as Edmilson and the Brazilian converted the second ball into the back of the net to bring the game back to square one.

Both sides pushed forward in an effort to snatch a winner. A quick break saw Shoya Nakajima’s finish parried by Hosseini into the path of Ali who had the goal at his mercy, but he struck the woodwork instead.

Substitute Omid Noorafkan best attempt for Esteghlal was a curled effort from the edge of the box that ended up on the wrong side of the post.

With the draw, Al Duhail advance to the round of 16 with a game to spare. The Qatari side have eight points to their name and hold a superior head-to-head record against both Esteghlal and Al Ain, meaning neither of the two sides can catch them. The result also confirms Al Hilal SFC’s progression to the next round.

Matchday Six will see Al Duhail hosting Al Hilal to decide the group leaders, while Esteghlal’s trip to Al Ain will be merely for bragging rights.