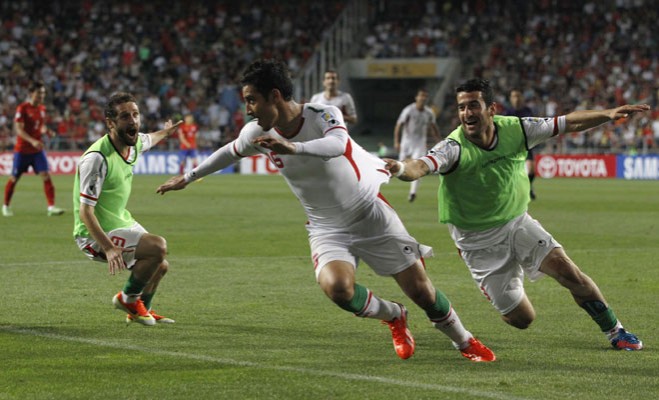 Tehran Times - Former Iran forward Reza Ghoochannejhad says that his goal against South Korea in the 2014 World Cup qualification is the most important goal in his career.

He scored an important goal for Team Melli as it pretty much sealed the fate of the Iran national football team.

The goal sent Iran at the top of their group for the 2014 FIFA World Cup. Gucci represented Iran in three matches in the 2014 World Cup and scored Team Melli’s sole goal in the competition against Bosnia and Herzegovina.

He announced his retirement from International duty after he was an unused substitute in the 2018 World Cup.

“That was the most important goal of my career. Scoring always makes you happy, but that was really special. That was the moment I felt I am an international player,” Gucci said in an interview with NOS.nl.

Gucci, who has played in 12 clubs in seven countries so far, currently plays in PEC Zwolle in the Eredivisie, where he has scored six goals in nine matches.

“I love offensive football and want to get into the penalty area a lot. I cannot show my potential when I am caught inside our own half. I think playing football in the Eredivisie is the way I want to play,” the 32-year-old player concluded.