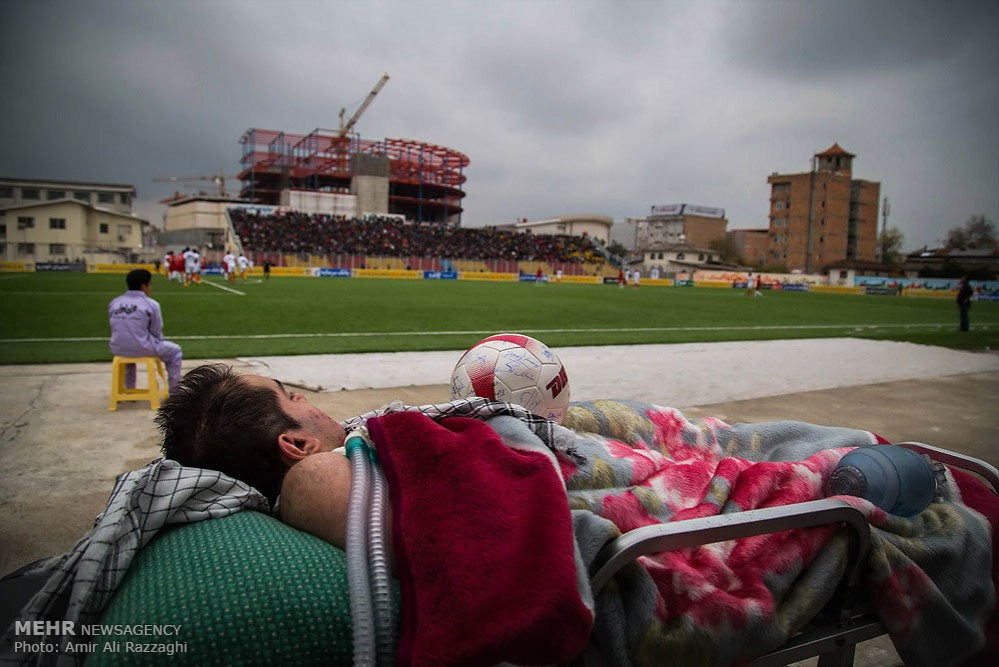 Tehran Times - Football is much more than just a game for Mohammadreza Fahimi; a football fan who has been hospitalized for 18 years.

In May 2001, Mohammadreza, 11-year-old, attended a match between Shamushak and Persepolis at the Mottaqi Stadium in the city of Sari, north-east of Tehran, where the stadium collapsed because of lack of crowd control and about 100 people were taken to hospital and several people lost their lives.

He got out alive but was involved in a car accident on the way back to his home and suffered a spinal cord injury. Mohammadreza has been hospitalized since that time but has not abandoned his beloved sport.

His favorite teams are Tehran based Persepolis and Nassaji Mazandaran. To watch the matches of the second one is easier since they play in Vatani Stadium in Ghaemshahr but he cannot travel to Tehran’s Azadi Stadium because of his physical condition. Distance is an obstacle for him.

In the match between Nassaji and Shahr Khodro on Friday, the photographers snapped photos of Mohammadreza laying down on a bed to watch the game.

Nassaji have disappointed their supporters in the current season but he remains loyal.

Mohammadreza is the world’s most loyal fan.

He likes to watch the Iran league matches across the country but travel costs are expensive since he should be taken by ambulance.

Mohammadreza stays in the intensive care unit (ICU) of Sari’s Emam Khomeini Hospital for many years and FOOTBALL is only pleasure in his most difficult days.