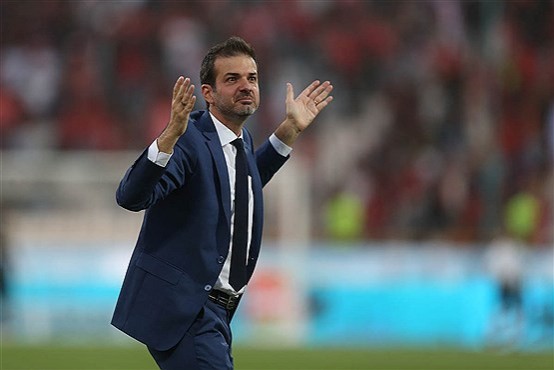 PLDC – Italian coach Andrea Stramaccioni says that he is tired of behavior of Esteghlal officials.

He left Tehran last week after the Iranian club failed to pay his salary.

“In response to so many fake news which have been published by the Iranian local media in the recent days, I have to say I have been searching for a solution since I’ve returned to Italy after five months. I want to start my work with Esteghlal and I want to be happy with Esteghlal’s fans,” Stramaccioni said.

“I am so sorry because I think Esteghlal has done nothing to solve the problem. Nothing has changed since I left the club. I am no longer Esteghjlal coach. They have published a picture which shows I have received my salary but it’s not true,” he added.

“I really don’t know if they want to keep me in Esteghlal but I want to say I am really tired. I am tired of the management’s behavior. I want to thank Esteghlal players because they kept in touch,” Stramaccioni concluded.