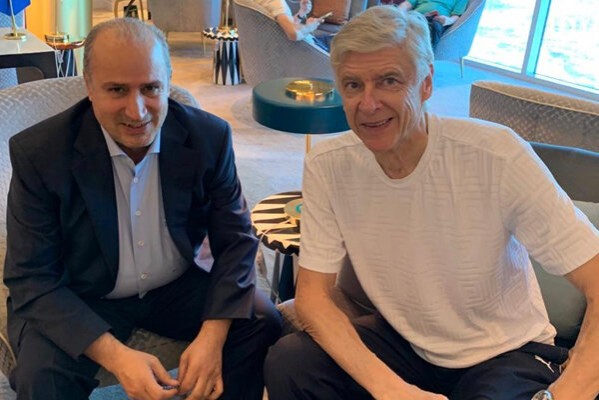 Tehran Times - Arsene Wenger, who now works as FIFA's new Chief of Global Football Development, has been invited to Iran.

At a meeting held in Doha, Qatar between Football Federation of the Islamic Republic of Iran (FFIRI) President Mehdi Taj and Wenger, the two sides discussed ways to enhance bilateral relations.

According to Iran Football Federation’s website, Taj invited ex-Arsenal manager to travel to Iran to hold an advanced coaching term for the Iranian coaches and the Frenchman has reportedly accepted it.

Wenger, one of the longest-serving coaches in Premier League history, won 17 trophies during his time with the Gunners, including three Premier League titles.

He has been linked with a number of managerial vacancies across European football over the last year-and-a-half, most recently at Bayern Munich, who are on the lookout for Nico Kovac's successor at the moment.

Qatar also were among the countries who had been reportedly kinked with Wenger.