US sanctions on Iran   Stramaccioni 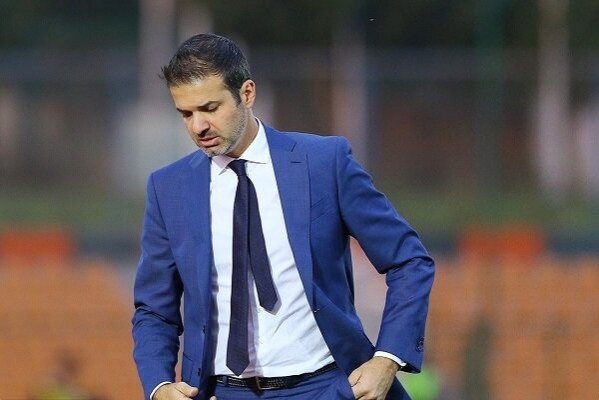 Tehran Times - After a three-week scramble, Andrea Stramaccioni has not yet returned to Iran to lead his beloved team Esteghlal and two parties find themselves trapped with an unsolved issue.

He left the Iranian popular team after the club failed to transfer his salary over the U.S. sanctions.

Due to such problems, Esteghlal had been forced to transfer his wage through multiple bank accounts, belonging to several individuals in Europe. This reportedly led to the partial closure of Stramaccioni’s bank account in Italy over money laundering charges.

However, the Italian coach received part of his unpaid salary after the representative of an Iranian bank gave him a check at Iran’s Embassy in Rome.

Under stewardship of Stramaccioni, Esteghlal had moved up top of the table after about four years but the team have earned four points from the past three matches, leaving the Blues in the third place.

Esteghlal club say they have accepted all conditions of the Italian coach; however, he is not ready to come back to Tehran.

“Stramaccioni had said he would have returned to Iran if he had received his payment. We don’t know what’s the problem,” Ali Fathollahzadeh, a member of Esteghlal board of directors, said.

On the other hand, Stramaccioni has demanded Esteghlal’s officials stop lying. The ex-Inter coach has recently published a post on his Instagram account he has never asked Esteghlal to increase his wage.

Esteghlal have a busy schedule in the coming months since the Blues have to play in AFC Champions League play-offs as well as Hazfi Cup and Iran league and cannot waste the time.

Stramaccioni’s thick walls of distrust toward Esteghlal will only make things worse for two sides.